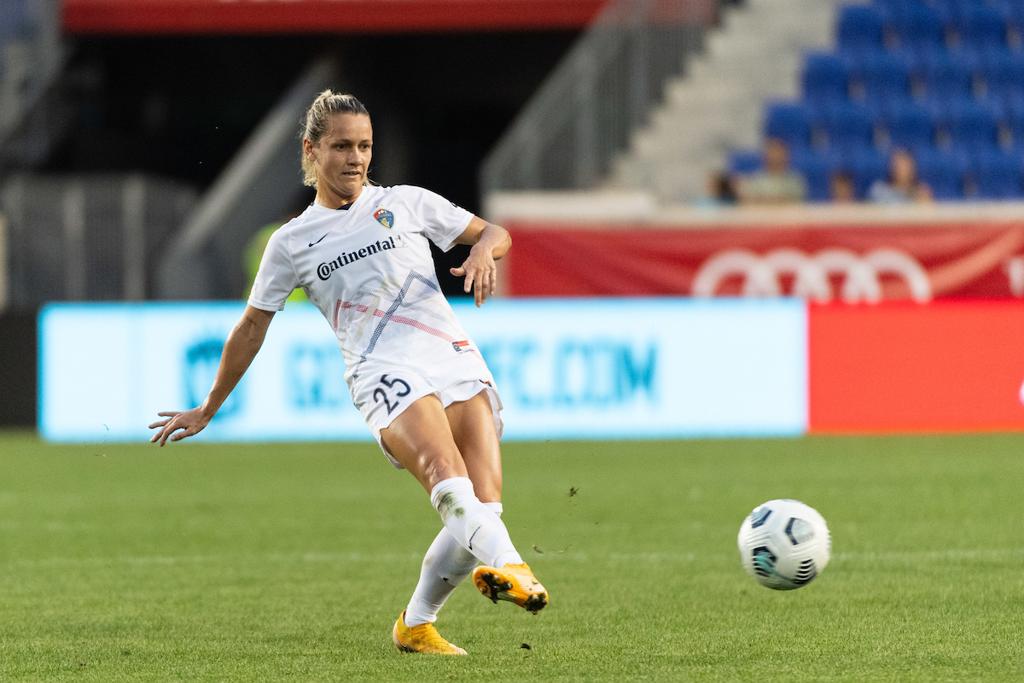 CARY, NC (August 27, 2021) - Having won three consecutive matches and continuing to close in on the first-place Portland Thorns, the Courage will look to add to their winning streak as they travel to face the Washington Spirit on Sunday, August 29 at 5 p.m. ET at Audi Field in Washington, DC.

Notching two goals over the course of three matches, Speck has come into her own in recent performances. The midfielder has converted a third of her shots taken this season, as well as posting an assist, six key passes and six total interceptions. Head Coach Paul Riley had high praise for Speck’s most recent performance against Kansas City, complimenting the energy she brought as a second-half substitute and crediting her with shifting the momentum of the game in favor of the Courage. Speck will look to add to her season goal tally this weekend as the Courage fight to add their fourth consecutive win against the Spirit.

Hatch is currently the league’s leading scorer, having scored seven goals at this point in the season. The forward scored twice against the Courage in their last meeting, being the sole goal-scorer as the Spirit earned the 2-0 result. A win against the Courage this weekend could be monumental as the Spirit aim to close the gap in the table between themselves and the second-place North Carolina side, as five points separate the two currently. Hatch will be an integral part of the Spirit’s line of attack, as the BYU alum looks to generate scoring opportunities for both herself and her teammates.

The North Carolina Courage notched their third consecutive win last Saturday against the visiting Kansas City side, commanding the flow of the game and earning the 4-0 result. Individual goals from Lynn Williams, Jessica McDonald, Amy Rodriguez, and Meredith Speck saw through the dominant victory, with Carson Pickett tallying two assists and Ryan Williams adding her first career assist. Likewise dominant was Casey Murphy, who made nine saves to record her seventh clean sheet of the season.

“Meredith Speck’s energy when she came on was spectacular,” Head Coach Paul Riley said following the match. “I thought the momentum completely changed when she came on, and we went from under pressure to applying pressure the instant she stepped on the pitch.”

Up Next: The North Carolina Courage will travel to face Kansas City for a third time this season on Sunday, September 5 at 7 p.m. ET at Legends Field in Kansas City, KS. The match will air on Paramount+.