O'Sullivan, Murphy and Pickett Named to NWSL August Team of the Month 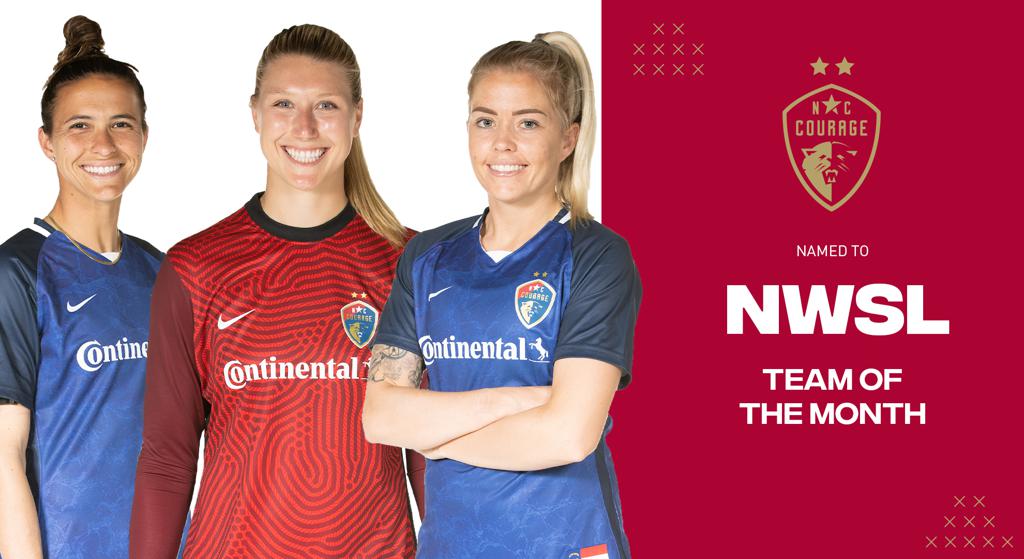 CARY, NC (September 2, 2021) ­- The National Women’s Soccer League announced today the eleven players named to the Team of the Month for the month of August by the NWSL Media Association, including three players from the North Carolina Courage.

GK – Casey Murphy (NCC): Murphy earned four clean slates en route to an unbeaten 3-0-1 record for the Courage in August, making 19 saves throughout the month, including nine in the team’s 4-0 win over Kansas City.

D – Carson Pickett (NCC): The league’s assist leader with five on the season, Pickett was integral in the Courage’s offense this month, contributing two assists in North Carolina’s 4-0 rout of Kansas City.

M – Denise O’Sullivan (NCC): Appearing in every minute of every game during August, O’Sullivan contributed over 360 minutes to the Courage attack with a passer rating of 87 percent, helping the team to an unbeaten month with a 3-0-1 record.

The NWSL Team of the Month is selected each month of the regular season by the NWSL Media Association, a collection of writers that cover the league on a consistent basis.