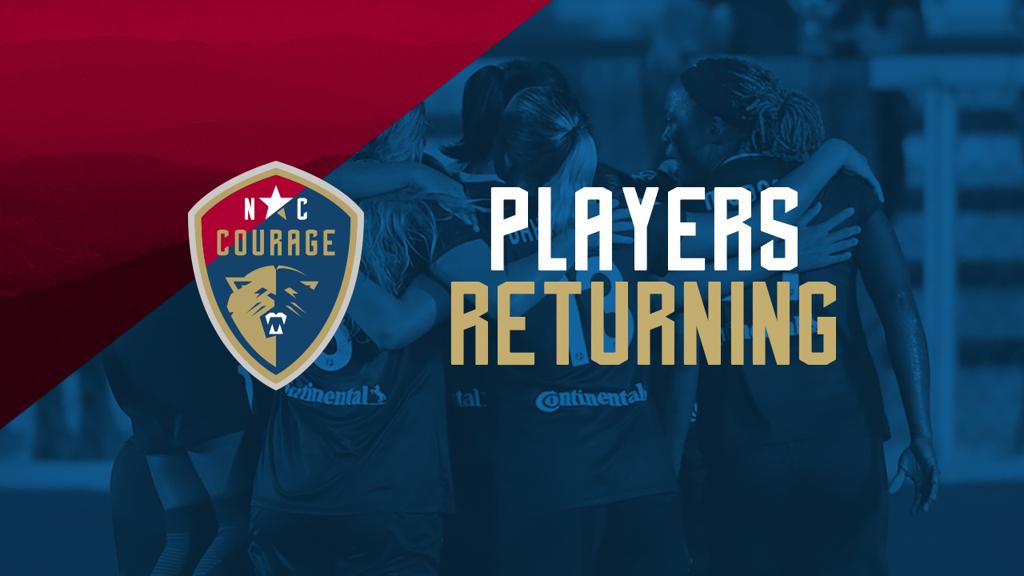 Sabrina D’Angelo remains on the roster as a 2017 Canadian subsidized player, while Samantha Mewis and Lynn Williams remain as 2017 Federation Players for the U.S. Federation status for 2018 will be announced at a later date.

With these moves, the club brings back the core of a team that set or equaled several records in the 2017 NWSL Regular Season including 12 shutouts in a single season, 16 regular season wins, and seven goals by rookie standout Ashley Hatch.

"Bringing back the core group allows further development of the team, maintains the incredible locker room mentality and ensures fans get to further support their favorite players,” said NC Courage head coach Paul Riley. “We often talk about no finish line, and this ensures majority of the Shield winners return with a resilience, a reinvestment, and a determined desire to continue to build the Courage culture."

"Negotiations continue to wrap up those players out of contract as we strive to give our fan base a team they can embrace and one that reflects the city, community and amazing tradition of women's soccer in this area,” Riley said.

Stephanie Ochs, who arrived midseason, will not return to the club and will be placed on the NWSL Re-entry wire, while Norwegian standout Nora Holstad is expected to announce her retirement soon.

North Carolina Courage season tickets are on sale now, and fans interested in securing their seats for 2018 should click here to learn about the exclusive benefits of becoming a season ticket member.