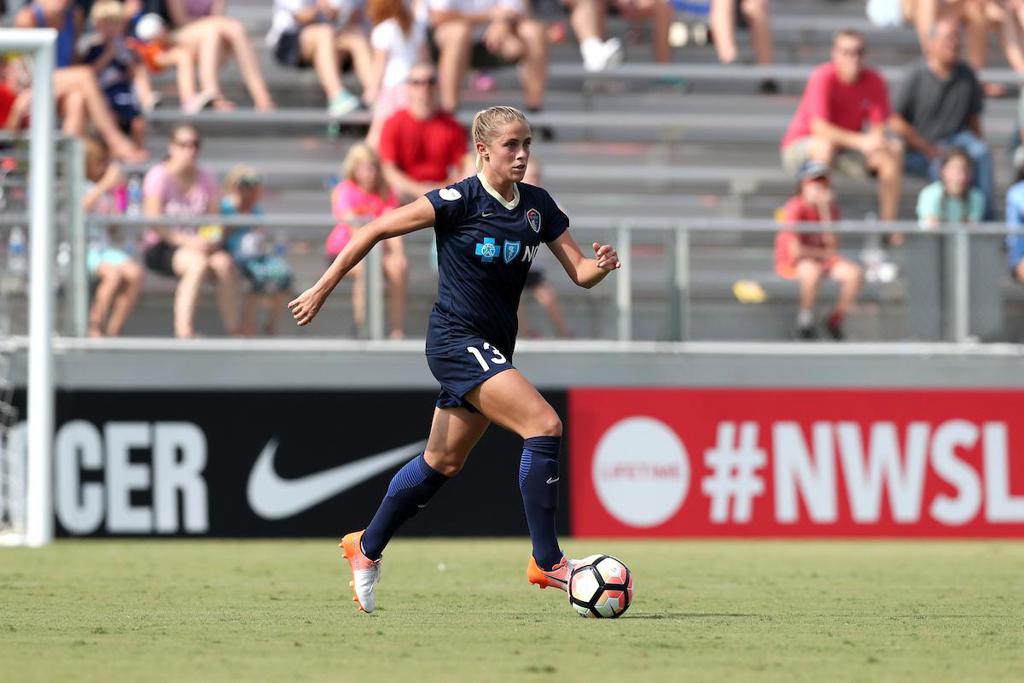 The Courage took the first meeting in a 2-0 shutout at Sahlen’s Stadium at WakeMed Soccer Park thanks to goals from Lynn Williams and Sam Mewis. In the second matchup, Sky Blue sought revenge and clinched a 1-0 win in July.

Before the break, the NC Courage secured a home semi-final match thanks to a 1-0 win over the Houston Dash. Kristen Hamilton put away a flick from Abby Erceg in the 26th minute to seal the victory. Katelyn Rowland posted her 8th clean sheet of the season, bringing the team total to 11.

Sky Blue FC most recently fell 2-1 to the Washington Spirit. After scoring the first goal, Sky Blue was unable to recover from two second-half tallies from the Spirit.

Players to Watch:
#23 Kristen Hamilton
Hamilton had a breakthrough performance against the Boston Breakers on June 17 when she scored two goals in the first 15 minutes of play. Since then, she's been a consistent starter for the Courage and has found her rhythm in the midfield. Not only has she proven to have expert finishing ability, she continuously proves determination and grit in her defending. She's provided three goals for the Courage this season, including an important tally in the team's most recent 1-0 win over the Dash.

#19 Kelley O’Hara
O’Hara is undoubtedly a stronghold for Sky Blue FC considering she's scored three goals and provided two assists for her team so far this season. The tenured profession earned her 100th cap for the US Women’s National Team against New Zealand during the international break. and continues to rack up her appearances for the New Jersey side XI as she’s seen 1381 minutes in 15 starts in 2017. Look for her experience and leadership to provide a boost to Sky Blue’s play in the matchup against the Courage.

Coming Up Next:
The NC Courage travel to Texas to face the Houston Dash on Wednesday, Sept. 27. The team then hosts the Orlando Pride on Saturday, Sept. 30 in the final regular season match before hosting the semi-final playoff match on Sunday, Oct. 8. Tickets can be purchased at NCFCTix.com or by calling our box office at 919-459-9144.