The NC Courage have punched their ticket to the 2017 playoffs 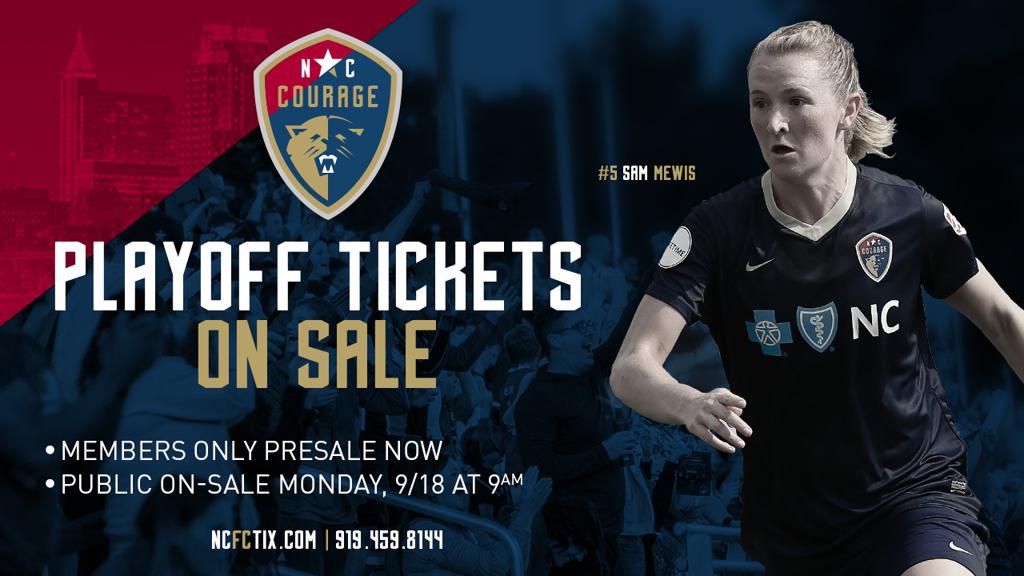 Cary, NC (September 15, 2017) – The NC Courage have punched their ticket to the 2017 playoffs, and with their win last week against the Houston Dash, they have secured home field advantage for the semi-final playoff game on Sunday, October 8, at 3:30 p.m. The opponent for this match is yet to be determined.

Individual tickets for this momentous game will go on sale to the general public on Monday, September 18 at 9:00 a.m., following an exclusive presale for Flex, Individual, and NCFC Season Ticket Members.

While current NC Courage Season Ticket Members have the game included in their booklet as “Game A,” they will be able to purchase additional seats during this exclusive presale which begins on Friday, September 15 at noon.

The NC Courage will return to NWSL regular season play on Sunday, September 24, as the team travels to New Jersey to visit Sky Blue FC. The team returns home for its final regular season match on Saturday, September 30, at 7:30 p.m., as it hosts Alex Morgan and the Orlando Pride at Sahlen’s Stadium at WakeMed Soccer Park.