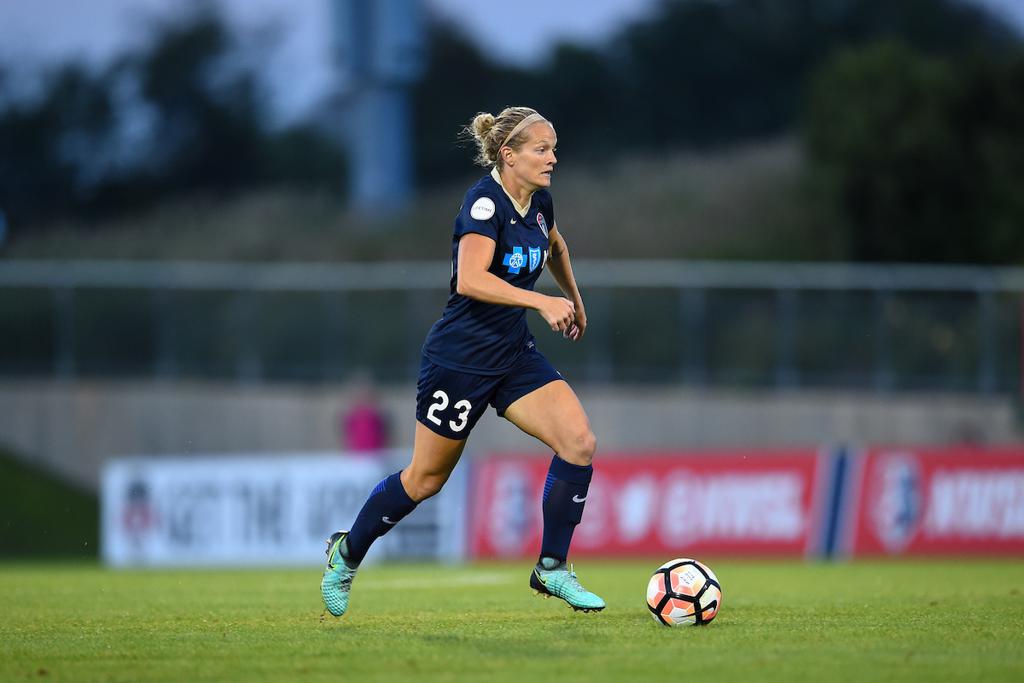 Match Preview:
The North Carolina Courage (15W-0D-6L, 42 pts, 1st place) host the Houston Dash (7W-2D-11L, 20 pts, 8th place) Saturday, September 9th at 7:30 p.m. for Breast Cancer Awareness Night at Sahlen’s Stadium at WakeMed Soccer Park. This is the first meeting between the two teams after the original meeting that was scheduled to be played on Sunday, Aug. 27 was postponed due to Hurricane Harvey.

Saturday's match is a clash of the Mewis sisters after Kristie Mewis, sister of NC Courage standout Sam Mewis, was traded to Houston from the Chicago Red Stars last week. The two will go head-to-head in an important matchup. With a win tonight, the NC Courage can clinch home field advantage in the 2017 NWSL playoffs.

Both teams will be looking to bounce back from tough losses over the weekend. The Courage are coming off a hard-fought 2-1 defeat at the Chicago Red Stars on Sunday, Sept. 3. Despite an early goal from Lynn Williams, the Courage couldn’t keep Chicago from finding the net twice in the second half. The Houston Dash most recently fell to the Seattle Reign 1-0 at Toyota Stadium in Frisco, Texas after Hurricane Harvey displaced the Houston side last weekend.

Players to Watch:
#0 Katelyn Rowland
Rowland has been a league standout since she secured her starting spot in the first half of the season. The keeper posted three shutouts to help the team go 5-0-0 in August while making 14 saves. She has seven clean sheets total this season and has saved 81 percent of shots she’s faced, which is best in the league.

#1 Jane Campbell
Like our own Ashley Hatch, Campbell has made the most of her rookie season with the Houston Dash. The goalkeeper was selected by the Dash as the 15th overall draft pick in the 2017 NWSL draft. Since then, Campbell has started in 11 games and earned a spot on the July Team of the Month after making 18 saves in July.

Coming Up Next:
After a brief international break, the NC Courage resume NWSL play on Sunday, Sept. 24 at Sky Blue FC. The team then returns to Cary for the final regular season home match against the Orlando Pride on Saturday, Sept. 30. Tickets can be purchased at NCFCTix.com or by calling our box office at 919-459-9144.