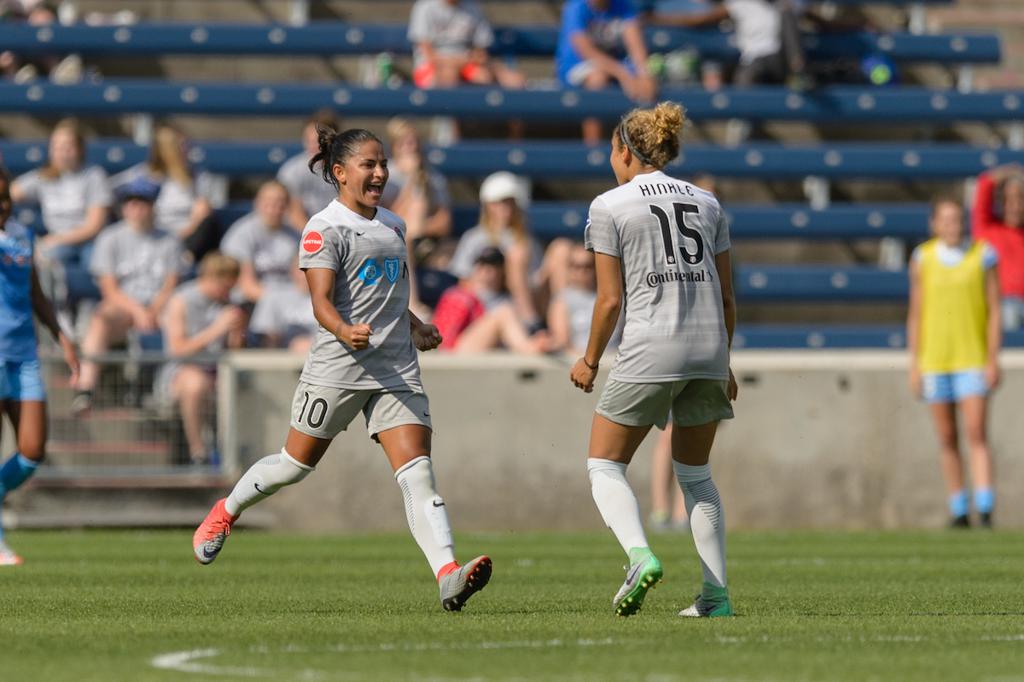 The Courage became the first NWSL team in 2017 to lock in a spot in the playoffs after a win at the Washington Spirit on Wednesday night. After giving up an early goal, the Courage battled back to clinch the 3-2 win thanks to a goal from Sam Mewis and a Jess McDonald brace.

Chicago defeated the Washington Spirit 2-1 at home in Week 18 on Saturday, Aug. 26. After former Spirit member Kristie Mewis opened up the scoring for Chicago, Washington’s Cheyna Williams found the equalizer in the 81st minute. Christen Press responded and scored the winning goal for Chicago with three minutes remaining in the match.

Players to Watch:
#14 Jess McDonald
McDonald scored her 34th and 35th career goals in the Courage’s last match at Washington, raising her season total to four goals. Her strength and speed up top makes her the perfect partner for teammate Lynn Williams. With both lethal attackers on the Courage front line, McDonald is sure to give any defense a difficult time.

#23 Christen Press
USWNT standout Press is in the 2017 Golden Boot hunt with 10 goals in 19 games played. The forward has taken 74 shots on goal in 1710 minutes played, which is the most in the league by any player this year. Like McDonald, Press has great attacking support in teammate Sofia Huerta who has five goals of her own. Those two up top for the Red Stars are sure fire-power going into Sunday’s match.

Coming Up Next:
The NC Courage return home to Sahlen’s Stadium at WakeMed Soccer Park on Saturday, Sept. 9 as they host the Houston Dash for Breast Cancer Awareness Night. Tickets can be purchased at NCFCTix.com or by calling our box office at 919-459-9144.