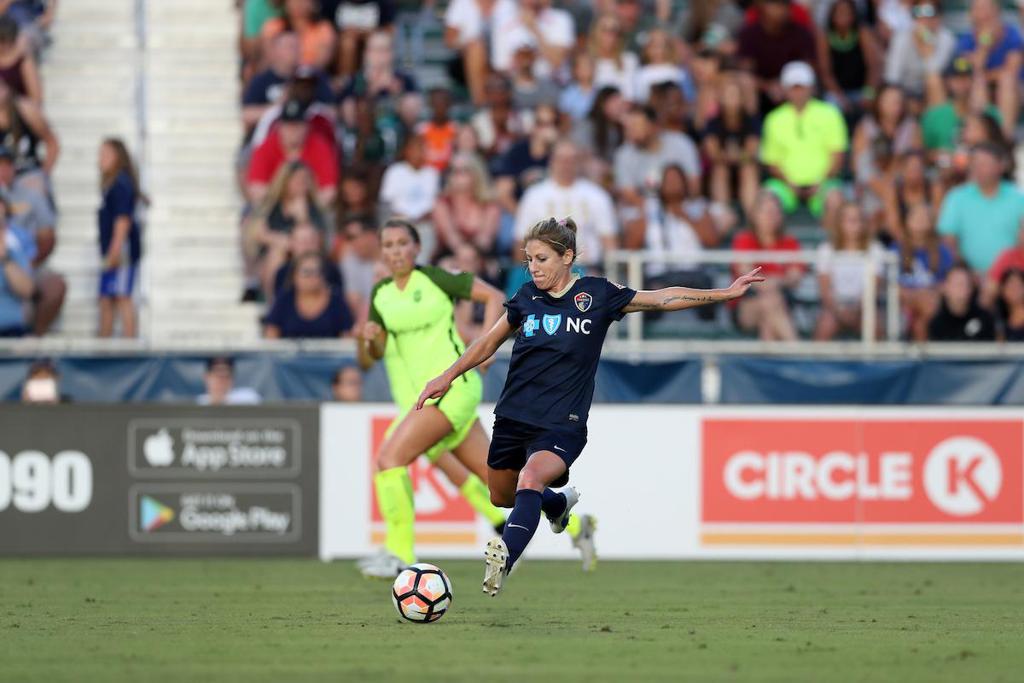 Match Preview:
The North Carolina Courage (12W-0D-5L, 36 pts, 1st place) return home Saturday, Aug. 19 to host the Washington Spirit (4W-4D-9L, 16 pts, 10th place) in the NWSL Lifetime Game of the Week at 3:30 p.m. ET. This is the second meeting between the two teams this season, the first being the Courage’s inaugural season opener at Washington in Week 1 of the 2017 NWSL season.

During that game, McCall Zerboni scored the first goal in NC Courage history on Saturday, Apr. 15 off of a cross from Makenzy Doniak to solidify the team’s first-ever win. The Mewis sisters will be going head-to-head for the second time this season as well. NC Courage’s Sam Mewis will host her older sister, Kristie Mewis in today's matchup. North Carolina now sits comfortably at the top of the NWSL table and looks to continue its positive form, while Washington aims to climb out of their brief slump.

Last Time Out:
The Courage most recently defeated the Seattle Reign 2-1 on Sunday, Aug. 13 in Seattle thanks to two goals from Mewis, who was also voted NWSL Player of the Week for Week 16. The Spirit are coming off of a 2-2 draw against the Boston Breakers last Saturday.

Players to Watch:
#5 Sam Mewis
Mewis was named the NWSL Player of the Week for her two goals in Seattle and overall phenomenal play in Week 16. Playing next to McCall Zerboni in the Courage midfield, Mewis’ intelligence and grit bolster the team’s passing game, and she’s helped contribute to the Courage’s strong attack this season with her on-point distribution.

#11 Mallory Pugh
Pugh joined the Washington Spirit midway through the season, and she has provided an undeniable spark in the team’s offense. She’s already scored three goals in nine games played after leaving UCLA early to sign her first pro contract. She’s been a force to be reckoned with for the USWNT, and brings that same tenacity and hunger for the goal to her Spirit side.

Coming Up Next:
The NC Courage will travel to Houston to take on the Dash for the first time this season on Sunday, Aug. 27 at 8 p.m. ET. Following that match, the team takes on the Washington Spirit for a midweek matchup at 7:30 p.m. ET on Wednesday, Aug. 30.