NC COURAGE CARRIES MOMENTUM TO SEATTLE TO FACE THE REIGN 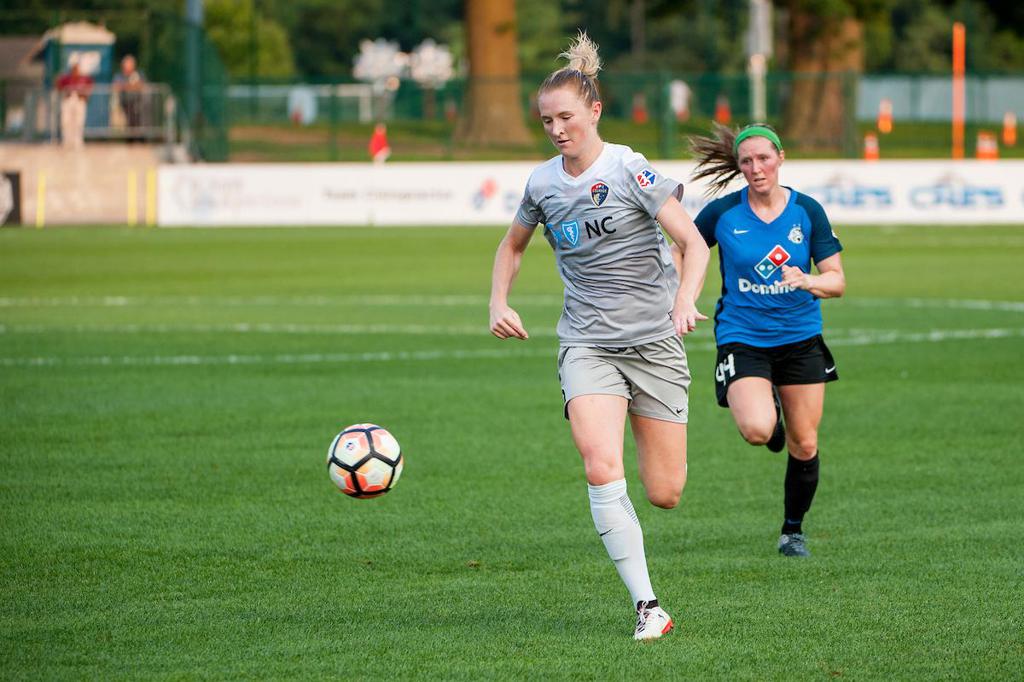 Match Preview:
The North Carolina Courage (11W-5L-0D, 33 pts, 1st place) continues its two-game road trip in Washington to take on the Seattle Reign (6W-6L-4D, 24 pts, 4th place) for the third and final time this season. The Courage have come out on top twice against Seattle this year, most recently defeating the Reign 1-0 at home on Saturday, Aug. 5 thanks to a goal from Lynn Williams in the first half.

Last Time Out:
The Courage travel to Seattle after downing FC Kansas City 1-0 on Thursday Night. A hard-fought battle resulted in another Williams game-winner in the 86th minute when a Taylor Smith cross deflected off of Jessica McDonald right to Williams’ feet. NC Courage goalkeeper Katelyn Rowland earned her sixth shutout of the year, and the Courage increased their league lead to four points.

Seattle’s last match was at Sahlen’s Stadium, where the team fell to the Courage 1-0. While the Reign could not find the equalizer, they were without USWNT standout Megan Rapinoe following the Tournament of Nations.

Players to Watch:
#0 Katelyn Rowland
Rowland has earned six shutouts this season, which has is reflected in the Courage’s 13 goals allowed. She’s only let in three goals in nine games played, and has a GAA of 0.3. With a rock-solid defense in front of her, Rowland’s outstanding performance in goal has helped the Courage have the highest goal differential in the league.

#17 Jess Fishlock
Fishlock was a bright spot for Seattle in its last meeting with the Courage. The center midfielder won 75 percent of her duels in NC. She’s started in 13 games this season netting two goals. The Wales native contributes to both ends of the field, as she is a threat to any goalkeeper, and a sturdy defender when needed.

Coming Up Next:
The NC Courage look to maintain momentum from back-to-back wins and search for three more points on the west coast. After Sunday’s match, the Courage return home to Sahlen’s Stadium at WakeMed Soccer Park to host the Washington Spirit on Saturday, Aug. 19 in the Lifetime Game of the Week. That match is set to kickoff at 3:30 p.m. ET. Tickets to the match can be purchased by calling the box office at 919-459-8144 or online at NCFCTix.com.