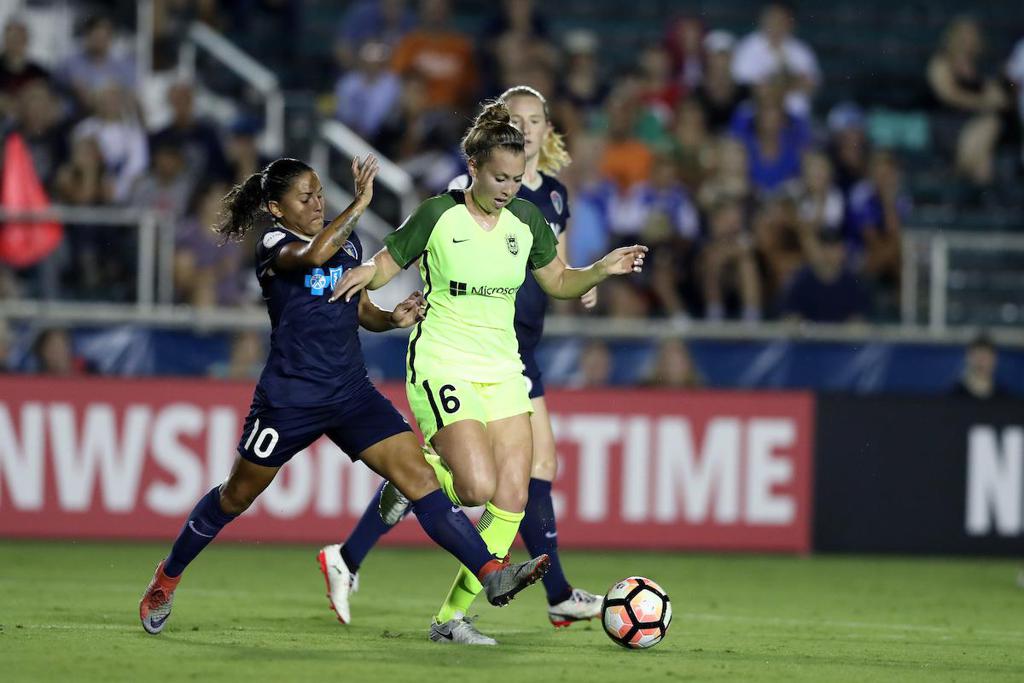 Match Preview:
The North Carolina Courage (9W-5L-0D, 27 pts, 2nd place) hosts the Seattle Reign FC (6W-3L-6D, 24 pts, 4th place) tonight. This is the second meeting of the season between the Courage and the Reign, and the final Courage home match of three meetings overall. The Courage will visit the Reign in Seattle on Sunday, August 13 at 9:00 p.m. to close out the series.

The NC Courage looks to get back on track after its last match was postponed due to inclement weather in Kansas City on July 22 and a small international break has given the team ample time to prepare for round two against the Reign. The Courage’s first match against Seattle was a 2-0 victory thanks to goals by Ashley Hatch and McCall Zerboni. Seattle remains one of the most dangerous attacking teams in the league with NWSL goal scoring leader Megan Rapinoe and NWSL assist leader Nahomi Kawasumi always a threat in the attacking third.

Last Time Out:
Seattle Reign FC enters the match following a shootout 5-4 victory against Sky Blue FC. The Courage is eager to return to its top form as its last result was a 1-0 loss in Portland on July 15. In that match the Courage were held scoreless for only the second time in 14 matches all season. With the Courage’s July 22 match against FC Kansas City being cancelled due to inclement weather, the team is eager to reclaim its spot on top of the NWSL Standings.

Players to Watch:
#5 Sam Mewis
Mewis is the powerhouse of the NC Courage and USWNT midfield as she has started every match for club and country this season. She most recently scored a goal in the U.S.’s 4-3 win against Brazil. Mewis is a multi-faceted threat for the Courage as she has scored two goals with ten shots on goal so far this season, but her distribution in the midfield is her key contribution to the team’s success.

#15 Megan Rapinoe
Rapinoe currently leads the NWSL in goals scored with 12 on 51 shots total. The US Women’s National team player most recently showed off an impressive display for her country as she led the 4-3 comeback against Brazil with two assists and a goal of her own. She also scored in the final Tournament of Nations match against Japan to spark the U.S.’s confident 3-0 win. Look for the veteran forward to continue to showcase her polished offensive skills in an offensive showdown.

Coming Up Next:
The North Carolina Courage will travel to Children’s Mercy Victory Field in Kansas City, Mo. on Thursday, Aug. 10 at 8 p.m. to take on FC Kansas City in the makeup match for the July 22 postponement. The Courage return home to Sahlen’s Stadium at WakeMed Soccer Park on Saturday, August 19 at 3:30 p.m. to take on the Washington Spirit. Tickets are available at NCFCTix.com or by calling the box office at 919.459.8144.