The FC Kansas City vs. North Carolina Courage game, originally on July 22, has been rescheduled to 8 p.m. ET on Thursday, Aug. 10 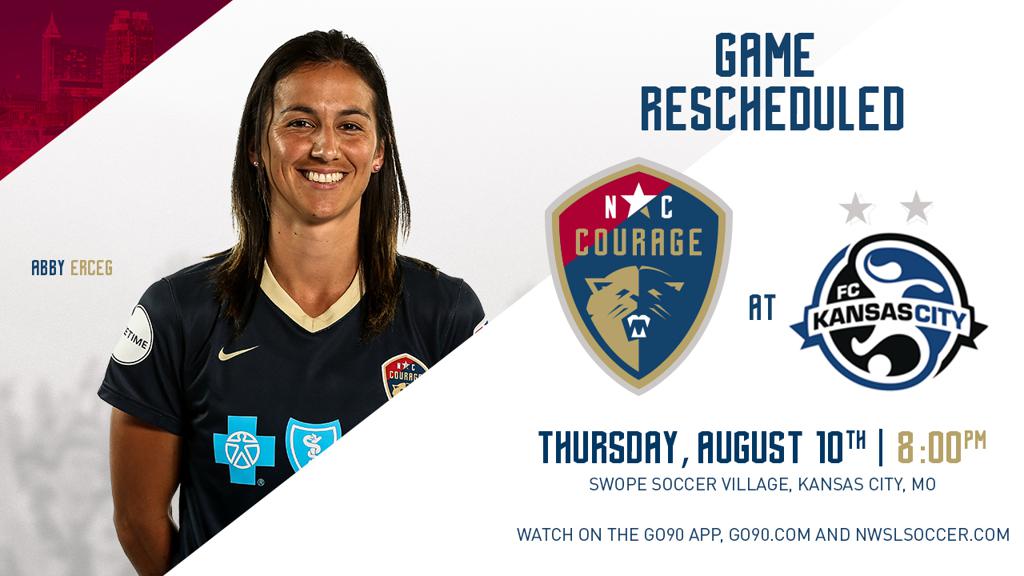 The match was abandoned in the 39th minute on July 22 due to sustained rain and lightning around Children’s Mercy Victory Field. The NWSL, in consultation with FC Kansas City and NC Courage, made the decision in the interest of fan, public and player safety.

All tickets for the game on July 22 will be valid on August 10. For any ticketing questions for the game in August, call the FC Kansas City ticket sales office at (913) 335-6146.

The NC Courage return home to take on Seattle Reign FC at Sahlen's Stadium at WakeMed Soccer Park on Saturday, August 5 at 7:30 pm. Tickets are available by calling our box office at 919-459-8144 or online at NCFCTix.com.