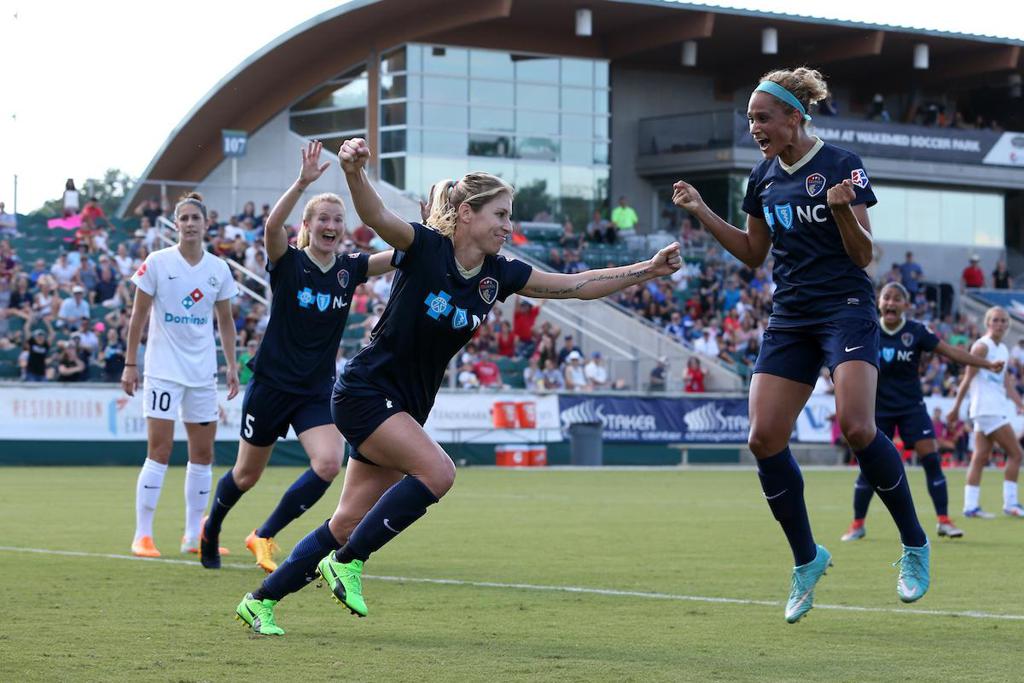 Match Preview
The North Carolina Courage (9W-5L-0D, 27 pts, 1st place) travels to Swope Soccer Village to take on FC Kansas City (3W-7L-4D, 13 pts, 9th place) on Saturday, July 22 at 9 p.m due to a heat advisory and unusually high temperatures forecast for the Kansas City area. This is the second and final meeting between the two teams this season. The Courage earned three points in the first meeting, winning 2-0 over Kansas City at home in Week Eight of the NWSL season. McCall Zerboni scored off an assist from Abby Erceg to open the scoring. Rookie Ashley Hatch scored the first goal of her professional career to help lead the Courage to victory.

North Carolina hopes to continue to pair strong offense with resilient defense in the second match against Kansas City. The club has scored in 12 of 14 games this season and has earned seven shutouts along the way to its first-place position in the NWSL standings. The Courage looks to pick up three more points on the road to extend its lead atop the NWSL Standings.

Last Time Out
The NC Courage look to bounce back from a tough 1-0 loss at Portland last Saturday. The club fought hard, but could not find a score for just the second time all season. FC Kansas City is in the midst of a bad run of form with its last points coming against Seattle in Week Ten of the NWSL Season. Most recently, Kansas City fell on the road in Orlando 4-1.

Players to Watch
#11 Taylor Smith
Smith has been spectacular for the Courage back line this season. The 23-year-old defender has appeared in all 14 matches for North Carolina and utilizes her great pace to wreak havoc on opposing offenses. She has also recently been called up to the U.S. Women’s National Team for the 2017 Tournament of Nations.

#31 Christina Gibbons
Gibbons is a strong member of the FC Kansas City defense. The Raleigh native has appeared in all 14 matches for Kansas City, starting 13. She has also scored one goal and recorded two assists this season. Look for Gibbons to be a threat in counter attacks for FC Kansas City.

Coming Up Next
The Courage returns home to Sahlen’s Stadium at WakeMed Soccer park on Saturday, August 5 at 7:30 p.m. to take on the Seattle Reign FC. Tickets are available at NCFCTix.com or by calling the box office at 919.459.8144.