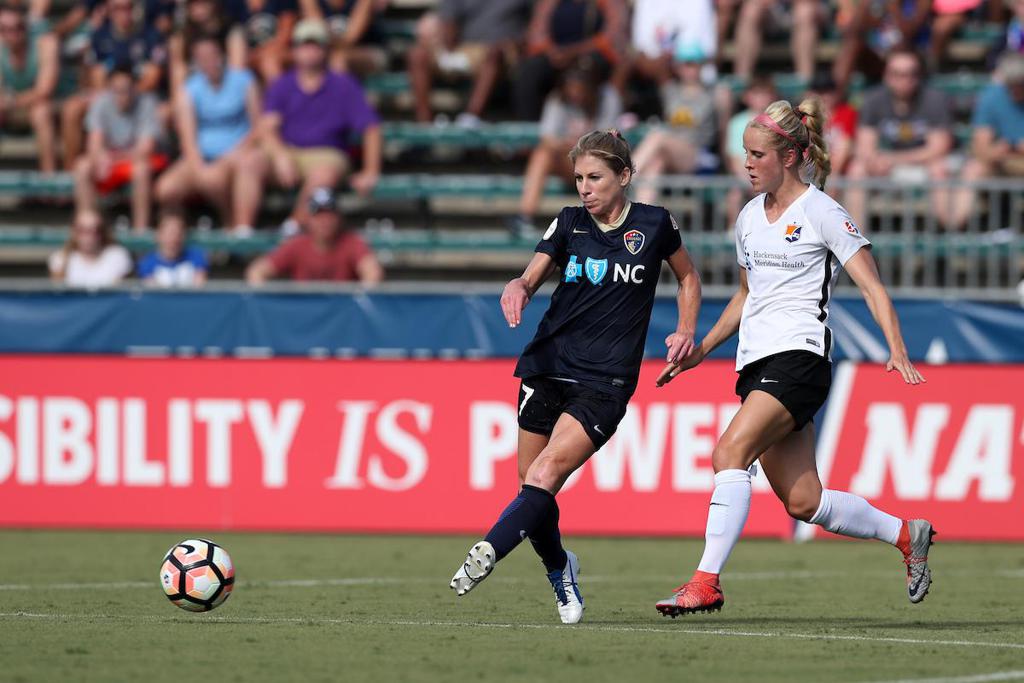 Match Preview:
The North Carolina Courage (8W-4L-0D, 24 pts, 1st place) hosts the Seattle Reign FC (5W-2L-5D, 20 pts, 3rd place) on Saturday, July 8 at Sahlen’s Stadium at WakeMed Soccer Park. This is the first meeting between the Courage and the Reign this season, and the first of three meetings overall. The Courage will host the Reign again on August 5 in the first of a back-to-back home and home series with Seattle.

The NC Courage looks to return to form after falling at home to the Sky Blue FC. North Carolina has won three of its last four matches, earning clean sheets against Boston and Kansas City. The Courage and goalkeeper Kate Rowland will need to continue a strong defensive effort against the high-octane offense of the Seattle Reign. Megan Rapinoe, the 2017 NWSL leading goal scorer and USWNT member leads her team for the club's first appearance to Cary, N.C.  Seattle is also led by distinguished Welsh international team member Jessica Fishlock.

Last Time Out:
The Courage fell at home to Sky Blue FC last Saturday 1-0, failing to score a goal for the first time this season. Midfielder Sam Mewis led the team with five shot attempts and two shots on goal, including a missed penalty kick in the 54th minute. Rookie Ashley Hatch continued her strong offensive play with four shot attempts and two shots on goal, but outstanding goalkeeping from Canadian National Team member Kailen Sheridan kept the Courage off the scoreboard. Samantha Kerr scored the lone goal for New Jersey, capitalizing on an assist from Maya Hayes in the 83rd minute.

The Seattle Reign FC enters the match on a pair of consecutive home wins. Seattle beat the second-place Chicago Red Stars two weeks ago 2-1 and most recently shut out Portland 2-0.

Players to Watch:
#14 Jessica McDonald
McDonald earned her first minutes for the Courage since Week Eight of the NWSL season after returning from injury. The veteran forward came on as a sub in the 70th minute against New Jersey and hopes to return to a starting role soon. The NWSL Regular Season All Time Leading Scorer has recorded two goals and one assist for the Courage this season.

#15 Megan Rapinoe
Rapinoe currently leads the NWSL in goals scored with nine on 40 shots total. Her outstanding shooting puts her at an impressive 25 percent success rate. The US Women’s National team player scored twice to put Seattle Reign past their rival Portland in last weekend’s 2-0 victory. Look for the veteran forward to continue to showcase her polished offensive skills in an offensive showdown.

Coming Up Next:
The North Carolina Courage will travel to Providence Park on Saturday, July 15 to take on the Portland Thorns FC for the first of a two-game road trip. The Courage return home to Sahlen’s Stadium at WakeMed Soccer park on Saturday, August 5 at 7:30 p.m. to take on the Seattle Reign FC. Tickets are available at NCFCTix.com or by calling the box office at 919.459.8144.