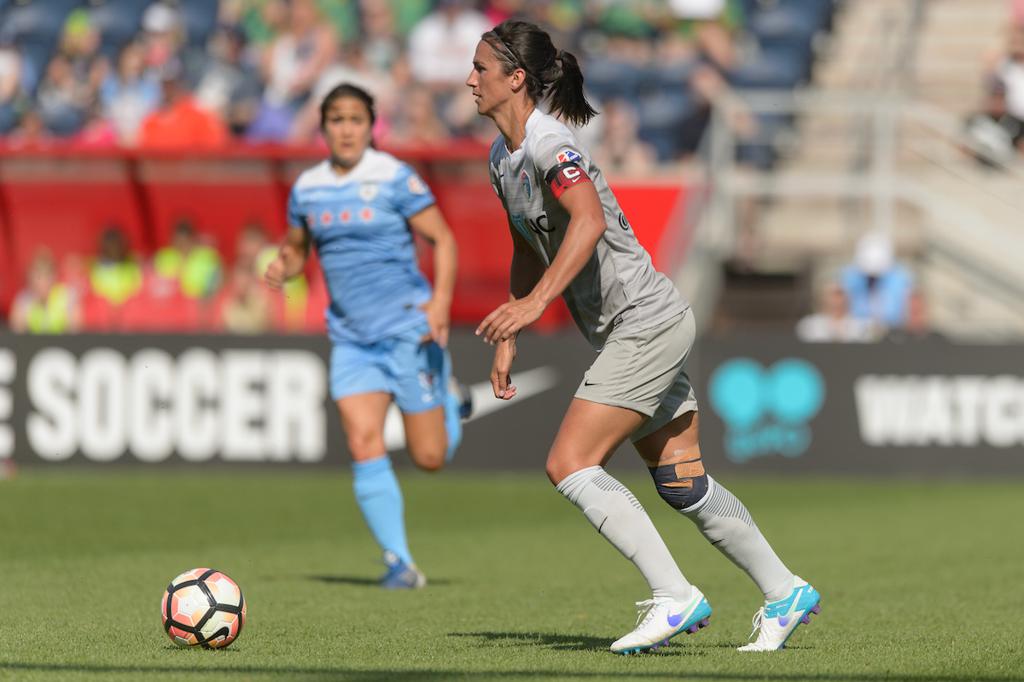 Match Preview:
The North Carolina Courage (5W-0D-3L, 15pts) return to Sahlen’s Stadium at WakeMed Soccer Park today to face fifth-place FC Kansas City (3W-2D-2L, 11pts) in Lifetime Television’s Game of the Week. This will be the first of two regular season meetings between the two clubs.

FC Kansas City arrive in Cary, NC boasting a 4-match unbeaten streak while the Courage aim to continue their excellent form at home. This match includes six players who were recently added to the US Women’s National Team roster for their friendlies in Norway and Sweden next week. Those players include Abby Dahlkemper, Jaelene Hinkle, Lynn Williams and Samantha Mewis of the Courage as well as Sydney Leroux and Becky Sauerbrunn of FC Kansas City. The Courage look to pick up another 3 points and extend their first-place lead in the standings even further.

Last Time Out:
The Courage still remain on top of the NWSL table following a 3-2 loss to the Chicago Red Stars last Saturday afternoon. An Abby Erceg header before halftime and a world class free kick from Debinha were not enough to carry the Courage past the rapid scoring burst of the Red Stars. FC Kansas City are coming off of their own 3-2 result in which they defeated the Washington Spirit at home led by 2 goals from their ace Sydney Leroux.

Players to Watch:
#9 Lynn Williams
Williams is the current NWSL leader in shots taken (27) as well as shots on goal (16). With two of her three goals this season being selected for NWSL Goal of the Week, she has shown her lack of fear to shot the ball and has done so with great accuracy. The 2016 MVP uses her lightning fast pace to create scoring opportunities and has continued to be a menace to defenses all around the league this season.

#14 Sydney Leroux
Leroux has started the season off hot with three goals and one assist through seven matches so far. She has quickly shaken off the rust from missing the 2016 NWSL season and returned to her goal scoring ways totaling two goals against the Washington Spirit in her last match. Her combination of power and pace make her a dangerous scoring threat any time she has the ball.

Coming Up Next:
After a weekend off from NWSL action, the NC Courage return home to face the Boston Breakers at Sahlen's Stadium at WakeMed Soccer Park at 7:30 pm on Saturday, June 17. Fans can purchase their tickets at NCFCTix.com or by calling our box office at 919-459-8144.