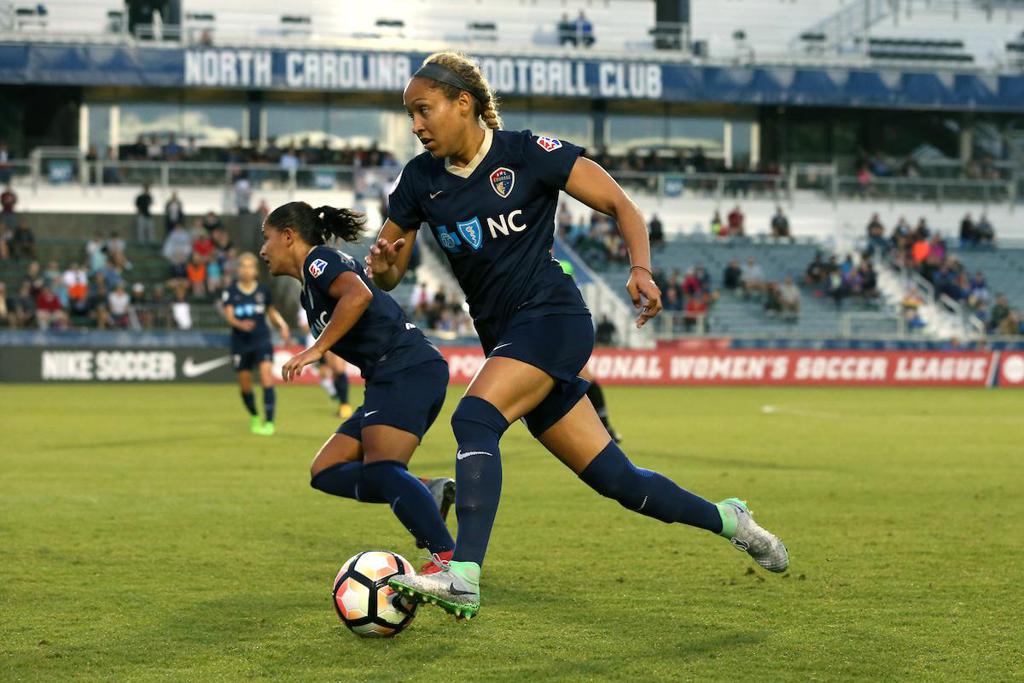 Match Preview:
The North Carolina Courage [5W-0D-2L, 15 pts, 1st place] head to Toyota Park on Saturday, May 27th to face the Chicago Red Stars [3W-1D-2L, 10 pts, 2nd place]. This will be the second matchup between the Courage and Red Stars this week. 2016 NWSL MVP Lynn Williams and Red Star's Christen Press will go head to head as each hunt for more goals to add to the stat sheet this season.

The two teams met in Week 6, and turn around to compete again in Week 7 as first and second in the league. In the previous meeting, the Courage fell on May 21 where a 3-0 halftime deficit proved to be too much to overcome. The Courage showed resiliency in the second half as a 54th minute strike by Lynn Williams pulled them within two goals, but it was not enough as the Red Stars went on to win 3-1. While this was the first home loss for the NC Courage, they still maintained their spot at the top of the NWSL standings.

Last Time Out:
The NC Courage are coming off a midweek 2-0 victory over Sky Blue FC on Wednesday, May 24. Lynn Williams and Sam Mewis had a goal each to defeat the then second-place team. With that win, the NC Courage now have 15 points and Chicago trails behind in second place with 10 points.

Players to Watch:
#11 Sofia Huerta
Huerta scored her first goal of the 2017 campaign against the NC Courage last Sunday. She has also added two assists in her 479 minutes played so far this season. Huerta exhibited her skills with a world-class curler to the far post against the Courage, and she is no stranger to scoring as she has already tallied 14 goals in her three NWSL seasons. Her ability to play off of striker Christen Press makes her a dangerous forward and certainly a player to watch.

#10 Debinha
Debinha is the pacey midfielder that puts the attack in counter attack for the NC Courage. She has already scored two goals and added one assist so far this season. She has shown her ability to play both sides of the ball in the midfield as she cuts off passing lanes and makes interceptions that then turn into goal scoring opportunities using her speed to advance the ball. She has proven to be a key piece to the Courage success so far this season.

Coming Up Next:
The team returns home on Saturday, June 3 to host FC Kansas City for the first time this season. Fans can purchase their tickets at NCFCTix.com or by calling our box office at 919-459-8144.