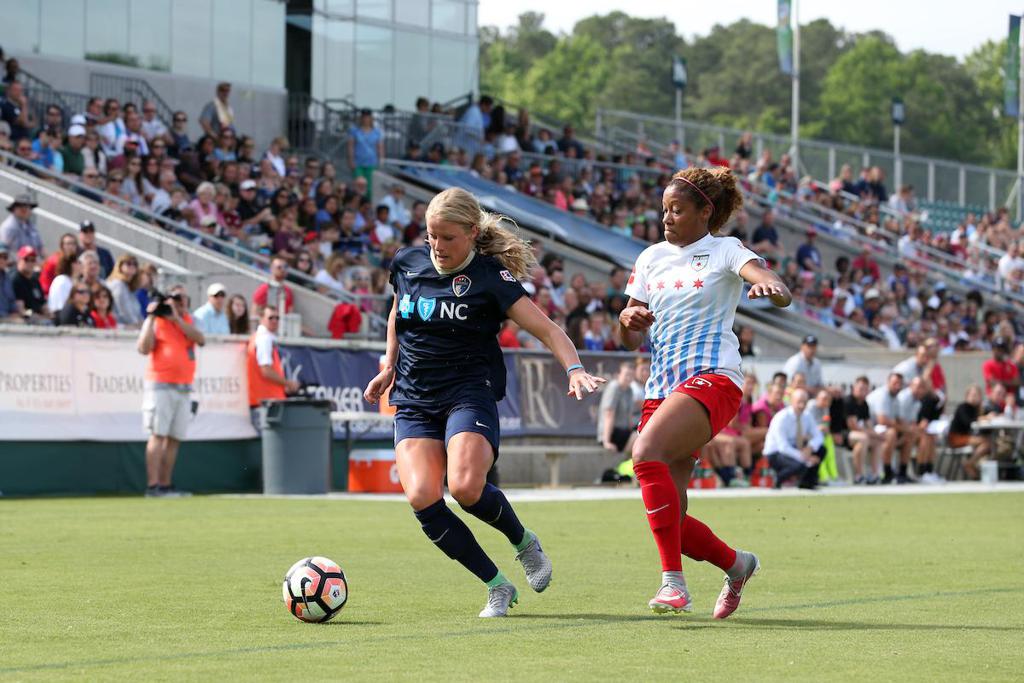 The NC Courage are at the top of the table with 12 points on the season while Sky Blue FC currently sits tied for second in the table with ten points. Defenders Kelley O’Hara and US Women’s National team legend Christie Pearce (formerly Rampone) lead their Sky Blue squad to Cary to take on USWNT members Lynn Williams and Sam Mewis. The Courage look to extend their lead in the NWSL standings to five points and add another mark in the win column.

Last Time Out:
The Courage most recently lost a hard fought battle at home against the Chicago Red Stars where a 3-0 halftime deficit proved to be too much to overcome. The Courage showed resilience in the second half as a 54th minute strike by Lynn Williams pulled them within two goals but it was not enough as the Red Stars went on to win 3-1.

In the most recent match for Sky Blue FC they used an 84th minute set piece to beat the Houston Dash 2-1 and maintain their home unbeaten record.

Players to Watch:
#14 Jessica McDonald
The former UNC-Chapel Hill star is off to a hot start again this season as she has already scored two goals and added an assist in her 505 minutes of action so far. McDonald also set the NWSL record for most career regular season goals scored with 33. She is a constant aerial threat in the box and uses her pace to make great runs. She has also shown the ability to get back and defend the ball as well.

#14 Sarah Killion
Killion is the current NWSL leading goal scorer with five goals in her six starts for Sky Blue FC so far this season. The Sky Blue FC midfielder has proven to be deadly from the penalty spot as she has buried all four penalty kick opportunities this season. She has a knack for playing the ball forward and drawing contact from defenders.

Coming Up Next:
The NC Courage travels to Chicago for a rematch against the Red Stars on Saturday, May 27. The team returns home on Saturday, June 3 to host FC Kansas City for the first time this season. Fans can purchase their tickets at NCFCTix.com or by calling our box office at 919-459-8144.