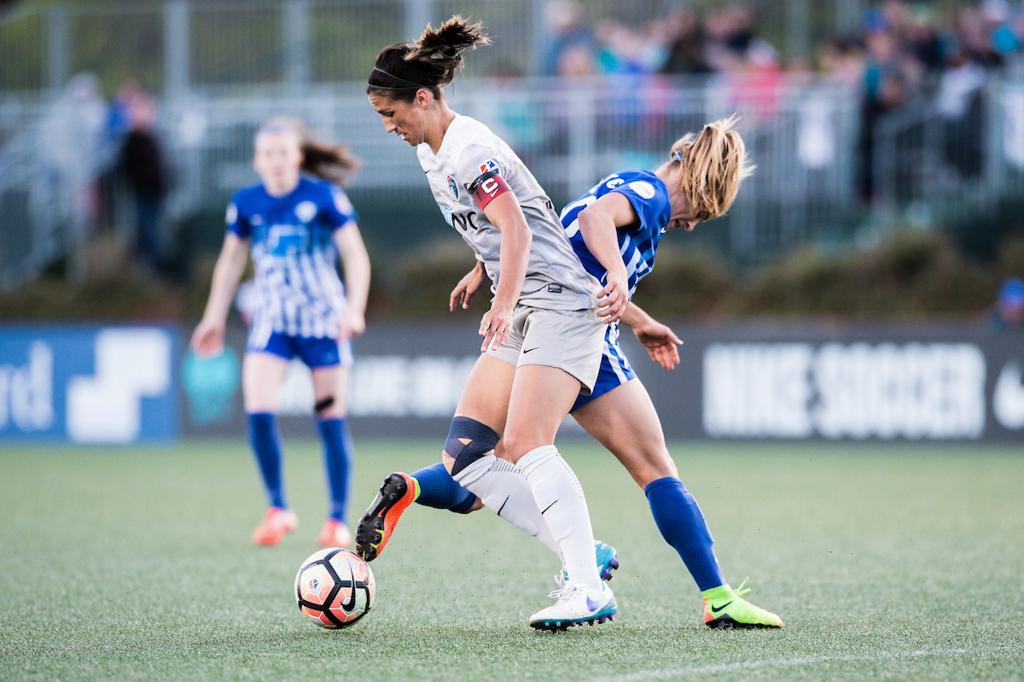 The two teams faced off on Saturday, April 29 in Cary where the NC Courage defeated the Pride in a 3-1 fixture with goals from Jess McDonald, Sam Mewis and Lynn Williams. Camila Pereira scored the lone goal for Orlando.

The Courage leads the league in shots, shots on goal, and corners, plus the Courage has the highest goal differential in the league at five. The NC Courage is the only team that won its first four NWSL regular season matches this year. Goalkeeper Sabrina D’Angelo has posted three shutouts this season against the Washington Spirit, Portland Thorns FC, and the Boston Breakers.

Last Time Out:
The NC Courage remains in first place after downing the Boston Breakers 1-0 last Sunday. The game was hard-fought, as the Courage outshot the Breakers 10-9 and maintained 47.6 percent of possession. The only goal came from McDonald in the 32nd minute.

Orlando has had a rougher start to the 2017 season and still search for the first win of the year. The team came close last weekend against FC Kansas City. Brazilian superstar Marta put away her first goal of the season, but FC Kansas City’s Erika Tymrak found the equalizer in the 84th minute.

Players to Watch:
#14 Jess McDonald
Jess McDonald scored her 33rd NWSL career goal against the Boston Breakers last Sunday, making her the NWSL all-time leading scorer. She’s netted two goals this season and shows no sign of stopping. She’ll be tough for the Orlando backline, as her speed has been dangerous yet again this season.

#11 Ali Krieger
Krieger is in her first year with the Orlando Pride after playing with the Washington Spirit last season. She plays a crucial role in the Pride’s backline, and her involvement in the game will be crucial for Sunday’s match. She has several years of USWNT experience, which will bid her well as she works to keep the NC Courage’s powerful attack at bay.

Coming up next:
Next weekend, the team returns home to host the Chicago Red Stars at Sahlen’s Stadium at WakeMed Soccer Park on Sunday, May 21 at 4 p.m. Then, it's $1 Beer Night as the NC Courage hosts Sky Blue in a midweek matchup on Wednesday, May 24. Fans can purchase tickets at NCFCTix.com or by calling our box office at 919-459-8144.