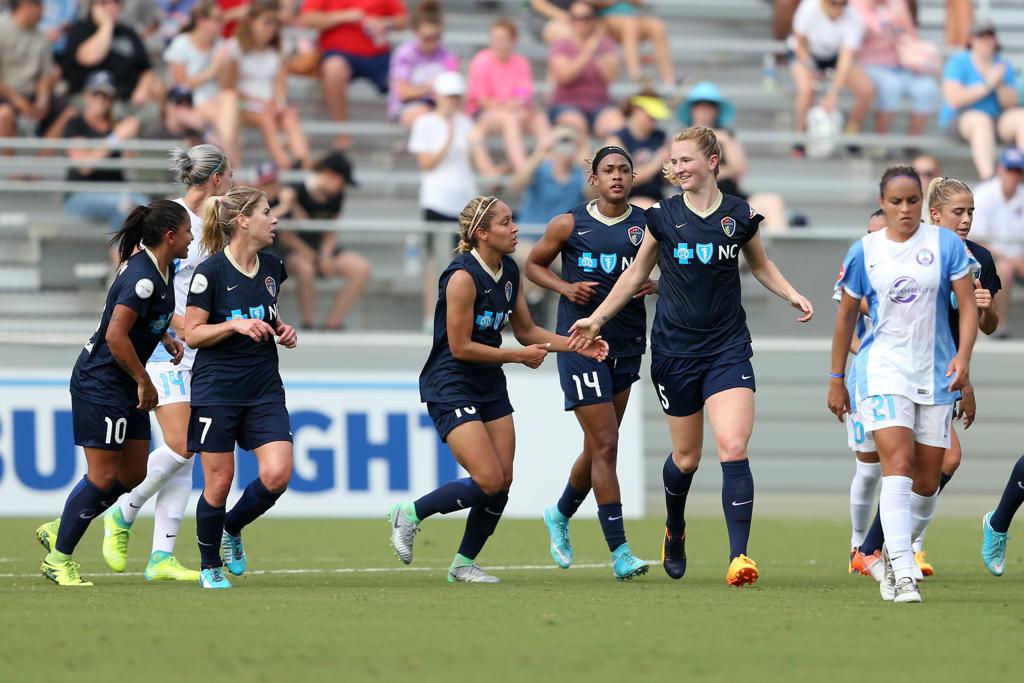 The NC Courage have been dominant on both ends of the field. The team leads the league in shots on goal and has the highest goal differential. Goalkeeper Sabrina D’Angelo has conceded just one goal in three games (tied for lowest in the league).

On the other hand, Boston has picked up momentum having won its last two fixtures in a row and will be out to defend their home turf against an undefeated NC Courage side.

Last Time Out:
After a perfect 3-0 start and two home games back-to-back, the NC Courage are looking to continue their momentum on the road in Boston. The team’s most recent 3-1 win came last weekend as Jess McDonald, Sam Mewis and Lynn Williams had one goal apiece to defeat the Orlando Pride.

Boston is coming off of a high-note after the team beat the Seattle Reign in a 3-0 fixture. Rookie and USWNT player Rose Lavelle netted her first professional goal that game and continues to prove her first-overall draft pick status.

Players to Watch:
#9 Lynn Williams
The 2016 MVP and Golden Boot winner is starting to heat up. She had her first goal of the season last Saturday, rocketing her volley off of the post to get by keeper Ashlyn Harris. Her speed makes her dangerous up top and difficult for defenses to handle. Plus, she has Jess McDonald and Debinha by her side.

#11 Rose Lavelle
Rookie and USWNT player Rose Lavelle netted her first professional goal in the Breaker’s last game and continues to prove her first-overall draft pick status. She picked up her first assist in Week 2 and since then, has been the key to Boston’s offense. On top of that, the 21-year-old scored her first goal for the USWNT in an international friendly against Russia on April 9, 2017.

Coming up Next:
Next weekend, the team will have a rematch against the Orlando Pride on May 14. The NC Courage return home on Sunday, May 21 as they host the Chicago Red Stars. Fans can purchase tickets at NCFCTix.com or by calling our box office at 919-459-8144.