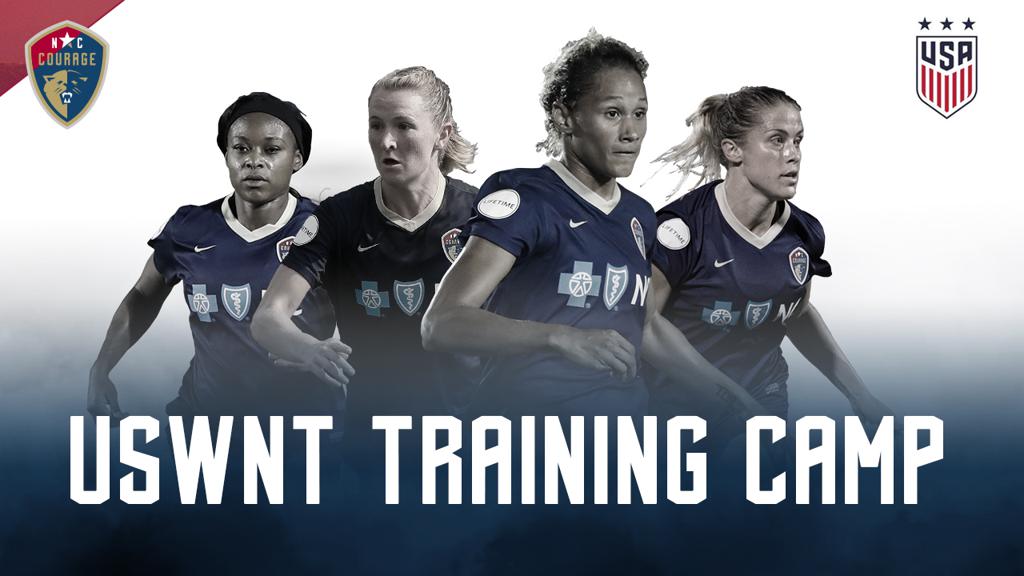 MEWIS, WILLIAMS, SMITH, DAHLKEMPER NAMED TO TRAINING CAMP ROSTER FOR MATCHES AGAINST CANADA IN VANCOUVER AND SAN JOSE
USA Will Finish 2017 Schedule on Nov. 9 at BC Place and Nov. 12 at Avaya Stadium

CHICAGO (Oct. 31, 2017) – Sam Mewis, Lynn Williams, Taylor Smith and Abby Dahlkemper are among 23 players named by Jill Ellis to the U.S. Women's National Team training camp roster for the final two matches of 2017 as the USA faces Canada on Nov. 9 at BC Place in Vancouver, Canada (7 p.m. PT on ESPN2, Univision app and UDN delayed at 1 a.m. ET) and on Nov. 12 at Avaya Stadium in San Jose, Calif. (6 p.m. PT on FS1). Ellis will name 18 players to suit up for each of the two matches.

Canada is ranked fifth in the world after a bronze medal finish at the 2016 Olympics, but the teams haven’t played since the title game of the 2016 CONCACAF Women's Olympic Qualifying Championship, which the USA won 2-0 to take the regional title after both teams had already qualified for Brazil by winning semifinal matches.

SAID ELLIS
“To play Canada in Vancouver is another excellent challenge for our team. It’s a great rivalry with some classic history and these two matches in the home-and-home series will cap an important year in our growth towards 2019. We’ve targeted and evaluated a lot of players this year and moving forward, I’m genuinely excited to keep building with the group we have now.”

FAMILIAR FACES, NEW FACES
Of the 23 players Ellis named to this roster, 18 helped the USA to two wins against Korea Republic in October. Veteran Tobin Heath returns from an ankle knock suffered in the NWSL title game, while defender Taylor Smith has recovered from a shoulder injury suffered in that same game. Adrianna Franch, the 2017 NWSL Goalkeeper of the Year, returns to the WNT roster after an excellent club season in which she helped the Portland Thorns win the league title. She most recently participated in a WNT training camp in January of this year.

Ellis has recalled Portland Thorns defender Emily Sonnett, who is playing in Australia’s W-League during the NWSL off-season with Sydney FC. Sonnett has 12 caps for the USA.

Ellis has given a first call-up to Chioma Ubogagu of Orlando Pride who will train as an outside back after playing that position at times with her club this season. Ubogagu was a key member of the USA's 2012 FIFA U-20 Women's World Cup championship team along with current WNT players Samantha Mewis, Julie Ertz, Crystal Dunn and Morgan Brian.

BACK IN THE BAY AREA
The match in San Jose will mark a homecoming of sorts for numerous WNT players with ties to the Bay Area. Defender Kelley O’Hara, forward Christen Press, goalkeeper Jane Campbell and Ubogagu all attended Stanford, while Andi Sullivan currently plays for the Cardinal. Defender Abby Dahlkemper is from Menlo Park (about 18 miles from Avaya Stadium), forward Alex Morgan attended UC Berkeley across the Bay and, defenders Julie Ertz and Sofia Huerta attended Santa Clara University, which is adjacent to Avaya Stadium. Forward Lynn Williams is from Fresno, Calif., about 150 miles southeast of Avaya Stadium.

TICKETS
A limited number of tickets are currently available for the match in San Jose and can be purchased at ussoccer.com. On the same primary ticket order page, fans may also buy tickets for sale by other fans and see all of their ticket choices via TM+, Ticketmaster’s fan-to-fan marketplace. All resale tickets bought and sold on Ticketmaster are verified and reissued with new entry codes, ensuring fans receive legitimate, Ticketmaster Verified tickets that are valid for entry.

Groups of 20 or more can order at ussoccer.com. To receive notifications directly and for early ticket access, join U.S. Soccer’s social media channels on Facebook, Twitter, Instagram or Snapchat. Please note that tickets are not sold at Avaya Stadium except on the day of the event.

Individual tickets for the match in Vancouver are on sale via Ticketmaster.ca. Discounted group tickets for parties of 10 or more are also on sale (U.S. fans ordering group tickets can indicate that they would like to sit in U.S. supporter sections when they complete the order form).