MCCALL ZERBONI CALLED UP TO U.S. WOMEN’S NATIONAL TEAM FOR MATCH AGAINST KOREA REPUBLIC ON SUNDAY, OCTOBER 22 IN CARY

North Carolina Courage midfielder McCall Zerboni has been called up to the U.S. Women’s National Team for the match against Korea Republic 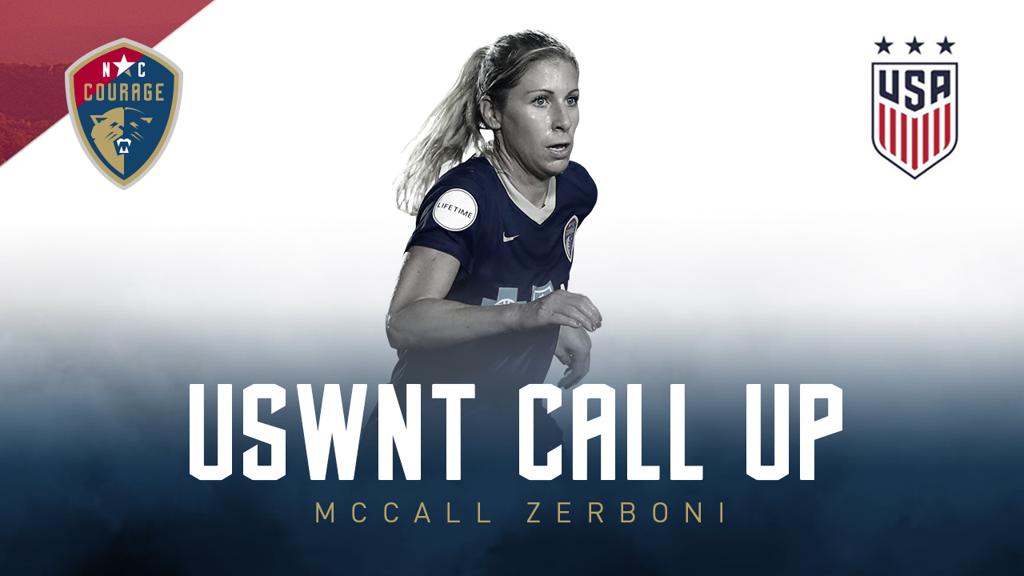 Cary, NC (October 20, 2017) – North Carolina Courage midfielder McCall Zerboni has been called up to the U.S. Women’s National Team for the match against Korea Republic this Sunday, October 22 at 2:00 p.m. at Sahlen’s Stadium at WakeMed Soccer Park in Cary.

The 30-year-old Zerboni earned her first ever call-up after playing a crucial role for her club’s success over the past two seasons while partnering in the center midfield with Samantha Mewis.

During the 2017 season, McCall Zerboni was the heartbeat in the middle of the pitch for the NC Courage. The central midfielder played 2,016 minutes in 23 matches, including playoff matches, in the NC Courage’s run to the NWSL Shield and Championship berth. She also scored three goals during the season, including the first in club history against the Washington Spirit on April 15.

Additionally, U.S. Women’s National Team forward Mallory Pugh will not travel with the U.S. team to North Carolina for the second leg of the two-game set against Korea Republic due to a right hamstring injury suffered at the end of the first half in the 3-1 victory yesterday in New Orleans.

Midfielder Andi Sullivan, who started the match at the Mercedes-Benz Superdome and played the first half to earn her fifth cap in her first WNT action in almost a year, will return to Stanford University to play in her college game on the weekend.

With the addition of Zerboni, the North Carolina Courage will have four players on the roster available for selection on Sunday. She will be joining Lynn Williams, Mewis and 2017 NWSL Defender of the Year Abby Dahlkemper who featured heavily in last night’s 3-1 victory in New Orleans. Defender Taylor Smith had originally been called into the U.S. WNT camp for these two matches, but was forced to withdraw after suffering an injury in the NWSL Championship in Orlando last Saturday, October 14.

The USA will have a roster of 19 players in North Carolina for the match and head coach Jill Ellis will name 18 to suit up for the match.