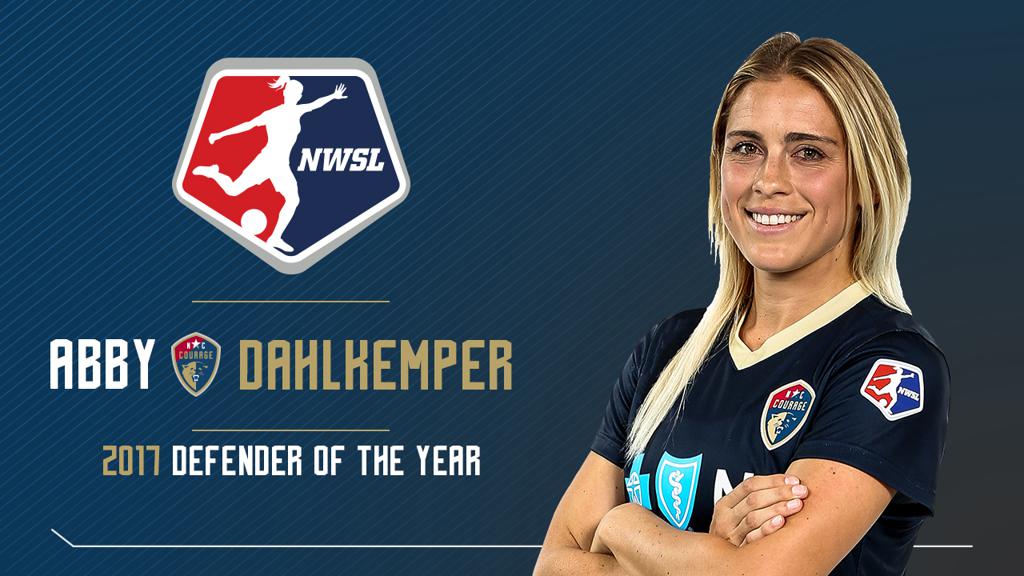 Dahlkemper, 24, claimed the award in her third season in the NWSL and is the youngest player to be voted NWSL Defender of the Year.

The U.S. international was one of just four outfield players in the NWSL to feature for every minute of the 2017 season. She finished the year with two assists in 2,160 minutes as she helped the Courage earn a 16-7-1 record and the NWSL Shield.

The 16 victories tied the 2014 Seattle Reign FC for the NWSL single-season record and included seven wins by a score of 1-0 that relied heavily on Dahlkemper and fellow Courage defenders Abby Erceg, Taylor Smith and Jaelene Hinkle as goalkeepers Katelyn Rowland and Sabrina D’Angelo.

The Lancaster, Pa. native also led North Carolina to an NWSL single-season record 12 shutouts during the 2017 campaign as she was the focal point of a defense that posted an 0.92 goals against average – the fourth-best mark in NWSL history.

Along the way, Dahlkemper and her teammates turned in one of the best road performances in league history with 1.83 points per game away from home – the third-best return in the history of the league. The Courage also became just the fifth team in the existence of the NWSL with a goal difference of plus-five or greater on the road over the course of an entire season.

Dahlkemper is the second consecutive UCLA product to win the award, following in the footsteps of fellow Bruin and Seattle Reign FC defender Lauren Barnes.

The NWSL awards are voted on by club officials, players, media that cover the league on a consistent basis and fans.