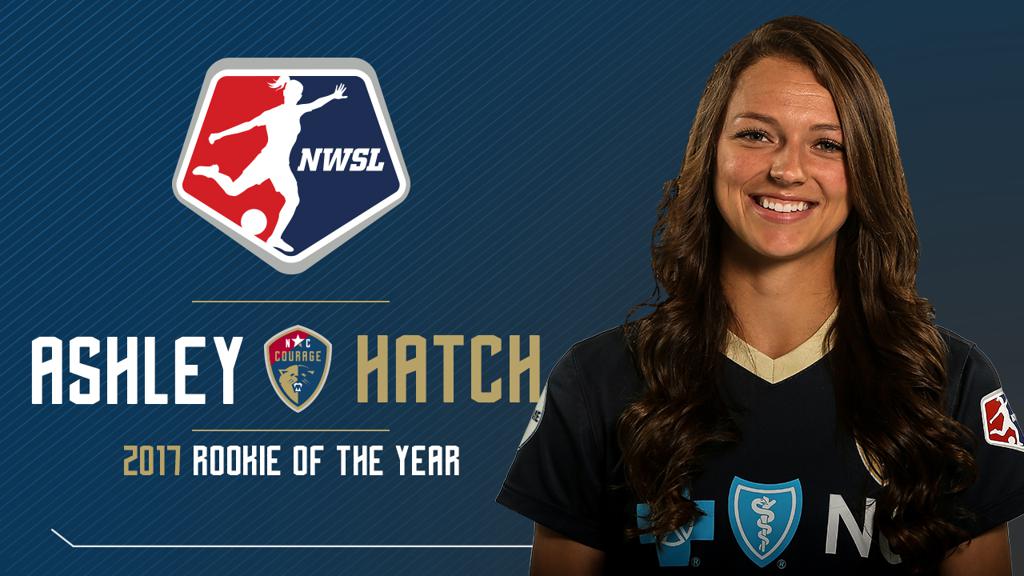 Hatch, 22, tied the NWSL rookie record with seven goals during her first year in the league. She also added one assist in 22 appearances (13 starts) and logged 1,200 minutes to help the Courage to a 16-7-1 record and the NWSL Shield, awarded for the best regular-season record.

The Gilbert, Ariz. native finished the year ranked second on her team in scoring – with her seven tallies also tied for eighth overall in the league. She scored three game-winning goals during the 2017 campaign – with the game-winners coming against the Boston Breakers (June 24), Seattle Reign FC (July 8) and Washington Spirit (Aug. 19).

The U.S. international earned a place on the NWSL Team of the Month for June when she scored in all three matches the Courage played that month. Included in that haul was the first goal of her professional career on June 3 against FC Kansas City.

The NWSL awards are voted on by club officials, players, media that cover the league on consistent basis and fans.