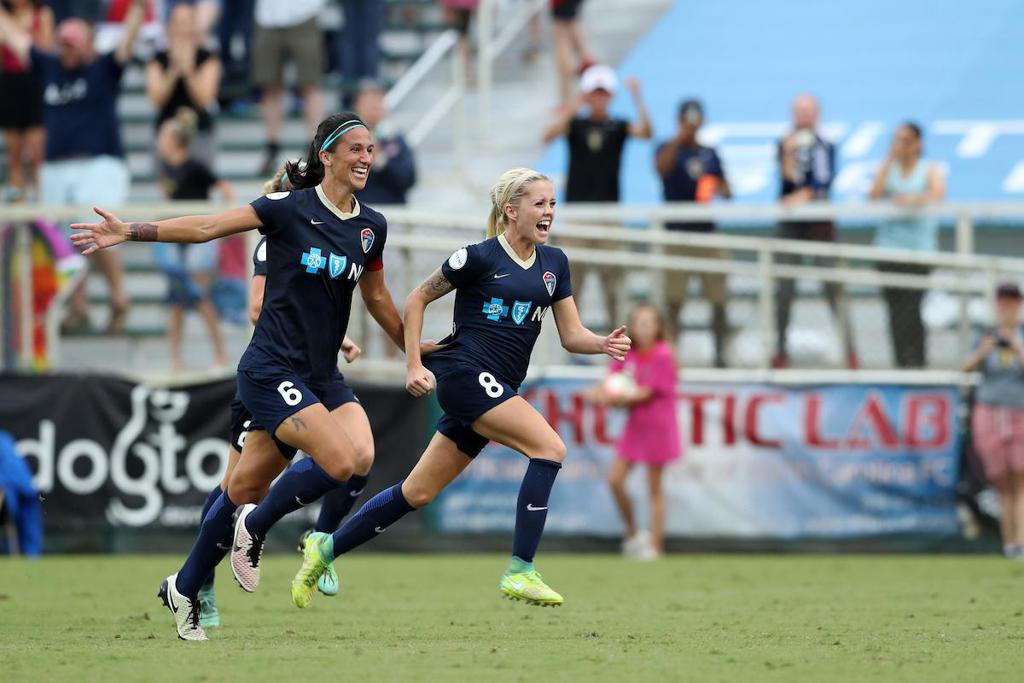 Match Preview:
The 2017 Regular Season Champions, the NC Courage, travel to Orlando to meet the Portland Thorns in the 2017 NWSL Championship Final on Saturday, Oct. 14.

The Courage earned a spot in the final after defeating fourth-seed Chicago Red Stars at home on Sunday, Oct. 8. Midfielder Denise O’Sullivan scored the lone, late goal in the 90th minute of play to send her side to the NWSL Championship.

Portland is coming off of a 4-1 victory over third-seed Orlando Pride on Saturday, Oct. 7 in Portland. Amadine Henry, Emily Sonnett, Hayley Raso and Christine Sinlcair each had a goal to solidify Portland’s big win over the Pride.

The two teams have met twice this year, and split the series record. The Courage took the first game 1-0 in its home opener on Saturday, April 22, and Portland followed up with a 1-0 victory at Providence Park on Saturday, July 15.

Players to Watch:
#5 Sam Mewis
Mewis has dominated the center of the field for the first-place NC Courage with her competitive nature and leadership. In 24 regular season games played, she has scored six goals and tallied three assists. Mewis has been named to the NWSL Best XI and made Team of the Month four times, making the list of XI in April, June, August and September. She was also named Player of the Week in Week 16. Mewis was voted Team MVP by her teammates and is currently a finalist for the league MVP Award.

#16 Emily Sonnett
Sonnett is one of the league’s most dangerous defenders as she has scored four goals during the regular season, with her most recent coming in the NWSL Semifinal against the Orlando Pride. She’s also tallied one assist in 2017 and has played 25 games for 2,250 minutes. Sonnet was named to the Team of the Month in April and August.

About North Carolina Courage
The North Carolina Courage is a professional women’s soccer team that plays in the NWSL. The NC Courage, reigning NWSL champions and 2017 NWSL Shield Winners, play their home games at WakeMed Soccer Park in Cary, NC. For more information, please visit www.NCCourage.com or follow us on Twitter and Facebook.