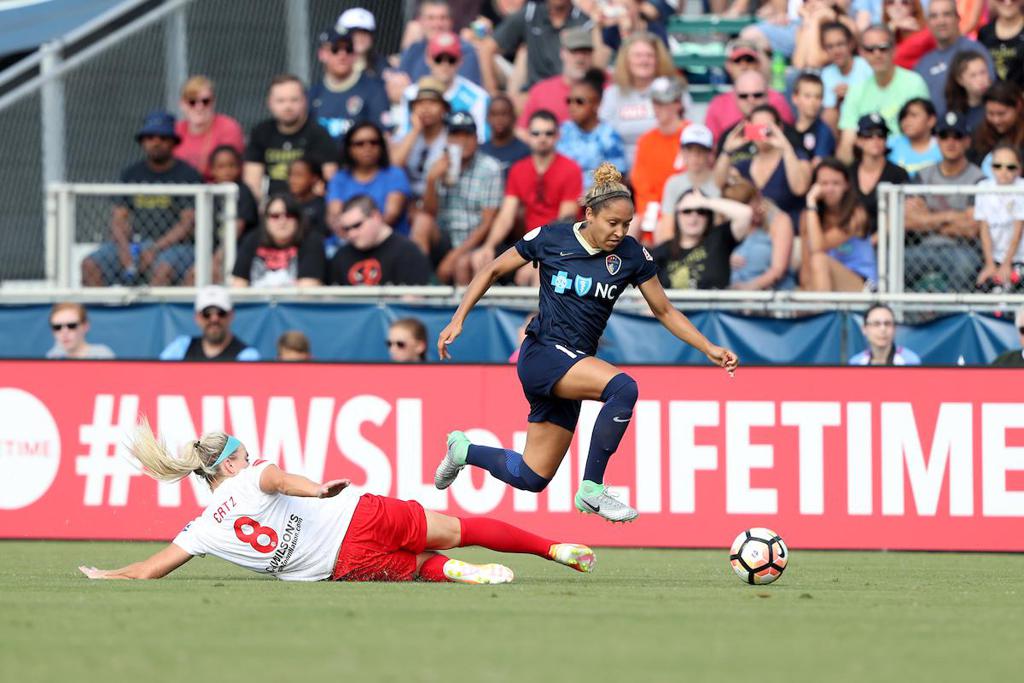 Chicago fell 3-1 to the second-place Portland Thorns on Saturday, Sept. 30 in Oregon. Sofia Huerta found the net in the 71st minute to prevent a shutout, but it wasn’t enough for Chicago to overtake the Thorns. Both teams want to bounce back from their weekend defeats to land a spot in the championship match.

Players to Watch:
#9 Lynn Williams
Williams scored three goals in the Courage’s last two games of the 2017 regular season which earned her a spot on the Team of the Month for September. She currently ranks third in the league in total shots taken with 78 and continues to provide plenty of entertainment value with her Goal of the Week worthy goals.

#11 Sofia Huerta
Huerta has started in 21 out of 24 games played. Her six goals in 2017 is second best on her team to Christen Press. Not only does she find the back of the net, but she’s also provided four assists for Chicago. Her goal last week against the Portland Thorns was nominated for the Goal of the Week in Week 22.

Coming Up Next:
The winner of Sunday's game will advance to the 2017 NWSL Championship at Orlando City Stadium on Saturday, Oct. 14 at 4:30 p.m. The final will also be broadcast live on Lifetime.