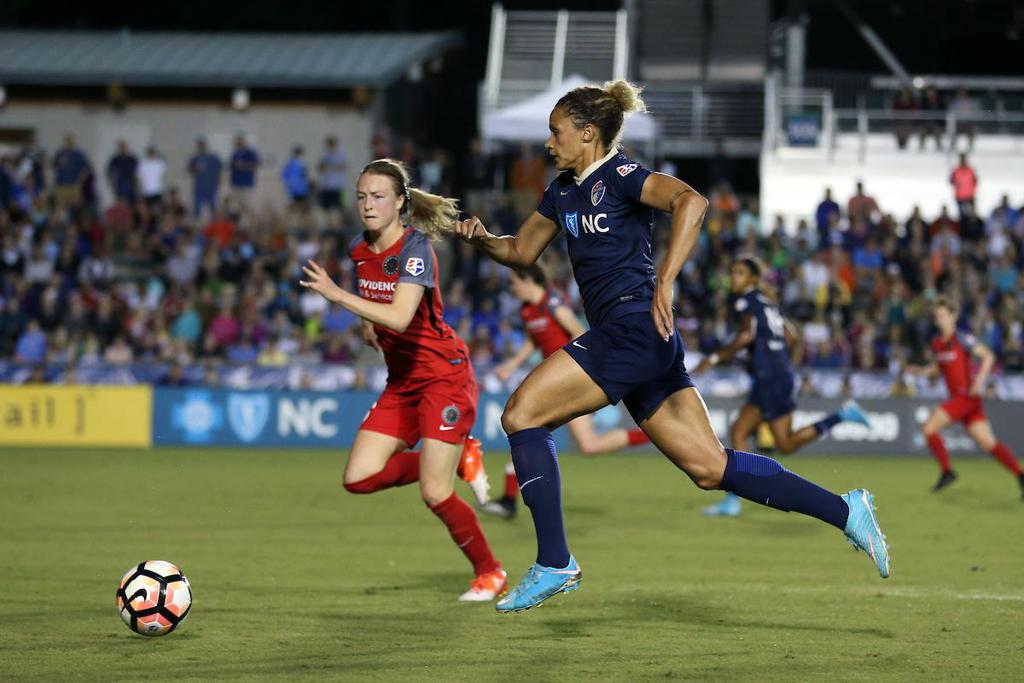 CHICAGO (Jan. 16, 2018) – The National Women’s Soccer League (NWSL) announced today the league will play a 24-game schedule for the 2018 NWSL season. For the second-consecutive season, and third time overall, NWSL teams will play 12-home and 12-away regular-season games.

“We are pleased to enter the league’s sixth season with a 24-game format for the 2018 season,” said NWSL Managing Director of Operations Amanda Duffy. “Maintaining the same competition structure with an earlier start allows teams to continue delivering exciting, world-class soccer to fans, concentrate on business development initiatives, and ensure the completion of the regular season, semifinals and championship in advance of the CONCACAF Women’s World Cup Qualifying.”

The 2018 preseason training camps will begin on Monday, Feb. 19 while the regular season will kick off the weekend of March 24-25, decreasing the amount of time between the NWSL College Draft and the start of team activities.

The 2018 NWSL regular season will then culminate the weekend of September 8-9 and be followed by the playoffs, including two semifinal matches on September 14-16 and the championship on Saturday, September 22.

The upcoming season will once again feature the NWSL Game of the Week on Lifetime on Saturdays during the regular season as well as livestreams of matches on the go90 app and website. International fans will also be able to watch all of the games on the NWSL app and NWSLsoccer.com.