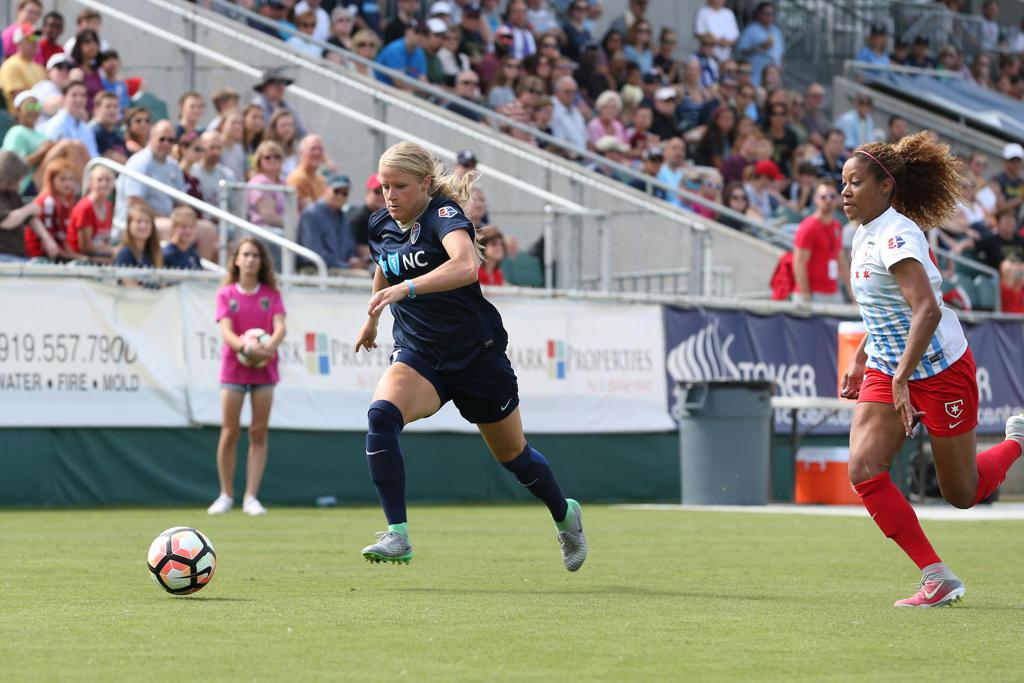 CARY, N.C. (February 23, 2018) – North Carolina Courage midfielder Makenzy Doniak suffered a season-ending injury during the first day of preseason training for the NC Courage on Feb. 19. Doniak will be placed on the IR and will have surgery on a torn ACL in her left knee. Doniak will spend the 2018 season rehabbing with the team.

The Chino Hills, Calif., native joined the NC Courage in 2017 after the franchise relocated from Western New York. In 2017, Doniak played in 21 games for the NC Courage, totaling 1,214 minutes and three assists for the NWSL Shield Winners. She most recently wrapped up a loan spell with Adelaide United in the Australian Westfield W-League where she totaled seven goals in 12 games.

The NC Courage will open their sophomore season at home in an NWSL Championship rematch against the Portland Thorns in the NWSL Game of the Week on Lifetime. Kickoff is set for 3:30 p.m. on Saturday, March 24 at Sahlen’s Stadium at WakeMed Soccer Park. Tickets to the home opener are on sale now. Call 919-459-8144 or click here to purchase your tickets.