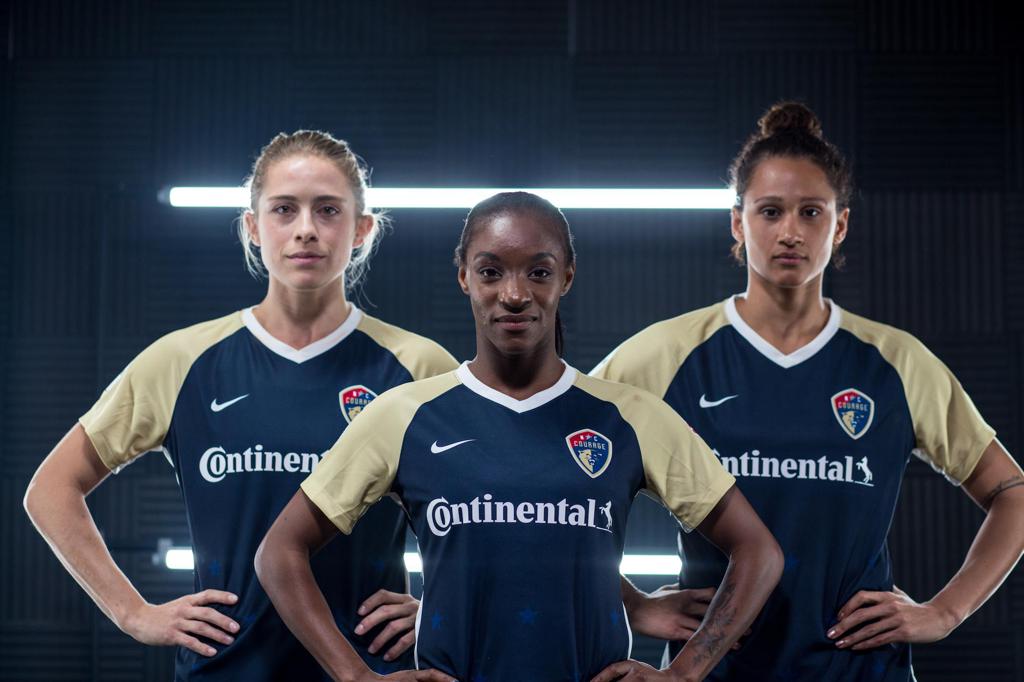 Cary, NC (March 17, 2018) – North Carolina Football Club is pleased to announce a new jersey sponsorship deal for the North Carolina Courage. Continental Tire will feature prominently on the front of the reigning NWSL Shield winners’ new home and away jerseys.

“We are proud to be partnering with such a nationally recognized brand,” said North Carolina Football Club President and GM Curt Johnson. “Continental Tire has a history of supporting soccer at all levels and as we continue to grow our brand we are delighted to partner with an organization that shares our commitment to growing the sport.”

Continental Tire, official partner and official tire of Major League Soccer and U.S. Soccer, has been a strong affiliate of the organization in the past, but is taking an increased role this year. In 2017, the Continental Tire logo was featured on the back of both North Carolina FC and NC Courage kits.

“We are pleased to not only extend, but expand our partnership with the North Carolina Football Club,” said Travis Roffler, director of marketing for Continental Tire. “This sponsorship is a great way to support soccer right in our own backyard. We wish the team the best of luck in 2018 and look forward to some great matches on the pitch!”

In addition to the logo on the team’s kits, the brand will also be on notable display at WakeMed Soccer Park and feature as presenting sponsor of post-match highlights and game video recaps.

Continental Tire’s dealer network includes locations in the Triangle area as well as across the U.S. A complete list of dealers can be found at continentaltire.com.

The new kits will make their debut on Saturday, March 24 as the NC Courage host the Portland Thorns in a rematch of the 2017 NWSL Championship at 3:30 p.m. at Sahlen’s Stadium at WakeMed Soccer Park. Fans will have the opportunity to buy the brand new jerseys at the game.