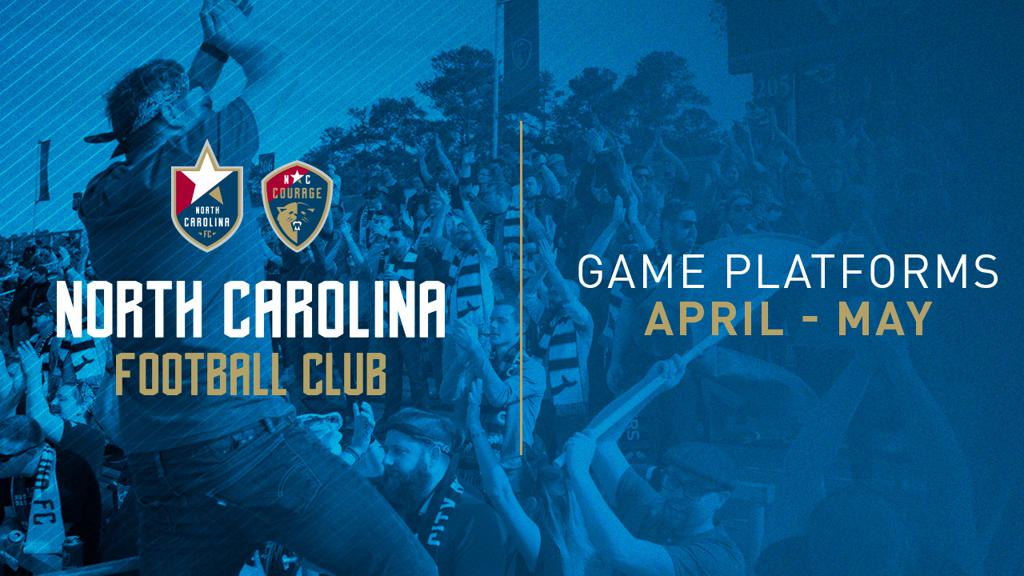 Cary, NC (March 22, 2018) – The North Carolina Football Club has announced April and May game platforms for North Carolina FC and NC Courage home matches. As announced earlier this month, the club is enhancing the game day experience this season for fans of all ages.

The month of April will focus on education, starting with the previously announced College Night on Saturday, April 7, with a career fair for college students as well as discounted tickets and packages for students with a valid student ID. On Wednesday, April 18, as the NC Courage hosts the Seattle Reign, fans will be able to take advantage of a $1 Sahlen’s premium hot dog concession special. On Saturday, April 21, the Courage will welcome the Utah Royals and the club will honor local high school champions from different sports. The month of April will conclude with Educator Appreciation Night on Saturday, April 28 as NCFC hosts Penn FC. For the occasion, educators will enjoy discounted tickets with a valid ID and there will be a book drive to benefit Read and Feed, a Cary-based non-profit. Additionally, 2017 Principals of the Year and 2018 Teacher of the Year nominees will be recognized at halftime.

On Saturday, May 12, WakeMed Soccer Park will host the first ever Triangle Craft Beer Fest starting at noon and featuring only beers from local Triangle breweries. A ticket to the NC Courage match vs. the Washington Spirit will be included with the purchase of a ticket to the Beer Fest. Fans are encouraged to get to the park early to enjoy some of the best craft beer in the area and then stay for the game which kicks off at 7 p.m. The month of May will be capped off with Military Appreciation Night on Friday, May 25 as NCFC hosts Atlanta United 2. Members of all branches of the military will be recognized and will enjoy discounted ticket offers.

Below is a list of all the upcoming April and May game night platforms.