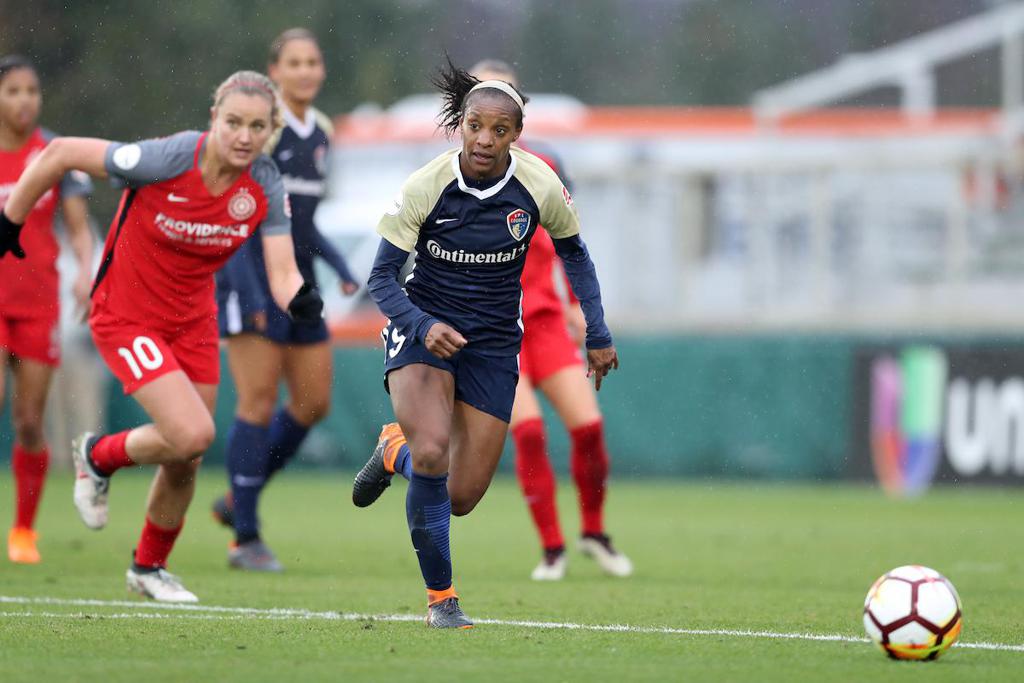 A week ago, the reigning NWSL Shield winners began the 2018 season with a hard-fought 1-0 victory in a 2017 NWSL Championship rematch against Portland Thorns FC thanks to a 70th minute goal from midfielder Debinha and a collectively strong defensive performance.

Saturday’s match will serve as the season opener for Sky Blue, which had a bye in Week 1 of the NWSL season.

Coached by first-year head coach Denise Reddy, Sky Blue is coming off a sixth-place finish in the 2017 NWSL season and is hoping to reach the playoffs for the first time since 2013.

Series History:
Since relocating to Cary, the Courage are 1W-1L-1D against Sky Blue. Here’s a recap of what happened when the two clubs met in 2017.

Wednesday, May 24, 2017, Cary N.C. – 2-0 W (20’-Lynn Williams, 42’-Samantha Mewis)
The Courage moved five points clear at the top of the NWSL table thanks to a pair of first-half goals and a good effort in goal by Katelyn Rowland, who made her first start for the Courage.

Fact to Know:
Dating back to 2017, the Courage are 5W-1L-0D in their last six regular-season games at Sahlen’s Stadium at WakeMed Soccer Park and have kept a clean sheet in each of the five wins.

Players to Watch:
North Carolina Courage – #9 Lynn Williams
Williams couldn’t find the back of the net against Portland, but nearly did in the second minute when Jessica McDonald found her with a cross that went across the face of goal. Williams, who scored a team-best nine goals in 2017, should have more scoring opportunities against a Sky Blue side that gave up a league-worst 51 goals a season ago.

Sky Blue FC – #10 Carli Lloyd
Saturday’s match will be Lloyd’s first in a Sky Blue shirt since 2010, when she last played for the club. After playing with the Houston Dash from 2015-17, Lloyd, a two-time winner of the FIFA Women’s World Player of the Year award, was traded to Sky Blue in January.