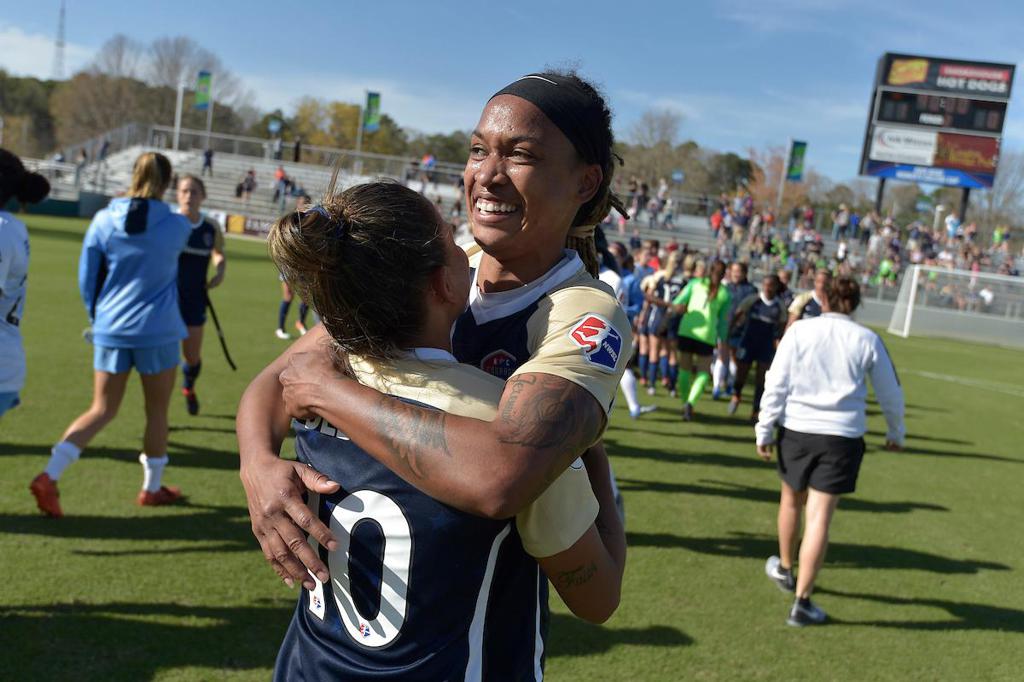 "The game grinds on, you think to yourself maybe we’re not going to get that one big opportunity," said NC Courage Head Coach Paul Riley. "I think they worked hard enough to win in the end, and we got the opportunity."

Despite outshooting Sky Blue 22-3, the Courage found themselves without a goal in the game’s closing minutes despite several stellar opportunities beforehand.

That changed when left back Jaelene Hinkle played in McDonald with a ball that split Sky Blue’s backline. With only Kailen Sheridan to beat, McDonald rounded the Sky Blue goalkeeper before firing her shot into an empty net to give the Courage their second 1-0 win of the season.

After the two teams settled into the game by trading possession, the Courage threatened in the 17th minute when forward Lynn Williams made a long run and strided toward the box before cutting inside and letting loose on a right-footed effort that curved right of the net.

It was Williams who nearly scored again for the Courage in the 43rd minute. Played in thanks to a lofted ball by Hinkle, Williams caught Sheridan out of position and chipped the Sky Blue goalkeeper, but saw her shot cleared off the line.

After the halftime break, it was the Courage who earned the better of the opportunities in the early second half. Forward Kristen Hamilton came tantalizingly close to giving the Courage a lead in the 53rd minute when her low-lying shot ricocheted off of the right post.

In the 57th minute, McDonald, who entered the game just two minutes earlier, nearly scored with a headed effort.

However, McDonald would eventually make amends with her game-winning goal.

The Courage concluded their 2018 preseason with a 3-0 victory against Washington at City Stadium in Richmond, Va., with Abby Erceg, Jessica McDonald and Kristen Hamilton each scoring in the win.

McDonald’s all important goal sealed the win. With the winner coming late into stoppage time, there was hardly any time for Sky Blue to craft a response.

Sky Blue did not record a single shot on target, a testament to the job done by the Courage’s back four of Hinkle, right back Merritt Mathias, center back Abby Erceg and center back Abby Dahlkemper.

– The Courage made just one change from last week’s starting lineup, as forward Kristen Hamilton made her first start of the season.

– With the win, Paul Riley improved to 4W-1L-1D against Sky Blue.

– Jessica McDonald’s goal was her first since August 30, 2017, when she scored twice against Washington.

– The Courage have now started two NWSL seasons in a row with a pair of clean sheets.