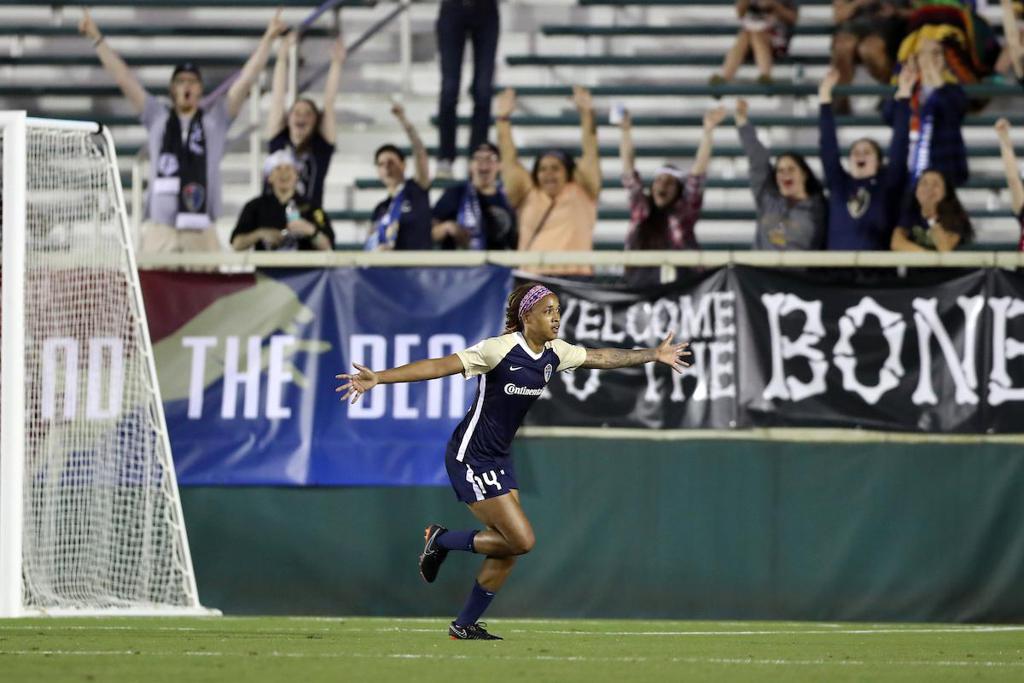 The Courage found themselves in an early dogfight against Seattle for possession in the midfield for the majority of the first half. Although the Courage went into halftime scoreless, there was no shortage of opportunities for the group.

Of the seven shots the team took in the first half, the most lucrative opportunity came from a McDonald breakaway that caused Seattle’s keeper Michelle Betos to rush out of the box and clean up the NC Courage attack. This was only the beginning of what would become an offensive spark for the Courage that saw Crystal Dunn, Lynn Williams and Merritt Mathias all rattle off errant shots at goal.

“The second half was a great second half. We created three or four wide open breakaways, and we kept everybody here in their seats until the end as we do normally,” said NC Courage Head Coach Paul Riley. “The first half was ok... but the second half was really really good.”

The Courage carried their offensive momentum in the second half, looking to score early after a negligent Seattle pass just outside the box set Williams up for a one-v-one with Betos. Williams took a touch inside the eighteen, but her left-footed strike sailed just wide of the post as the match remained scoreless heading into the 47th minute.

The unlucky streak continued for the Courage as McDonald found herself in a promising position inside the eighteen. Combination play outside of the Seattle box between Kristen Hamilton and Denise O’Sullivan allowed McDonald to position herself just above the penalty spot. The forward attempted to slot a ball in the bottom left corner, but had her shot deflected by Betos to set up a NC Courage corner.

The third time proved to be a charm for McDonald as a high-arching through-ball from Hamilton set her up for another goal-scoring opportunity. The pass skipped past Seattle’s back line and the former Tar Heel was set up for another one-v-one situation with Betos. This time, McDonald would not be denied as she ripped a shot past the outstretched arms of Seattle’s keeper into the bottom right corner for the game’s first and only goal.

Seattle’s 67th minute substitute Jasmyne Spencer looked to answer back for the Reign. The New York native opened up the field, constantly attacking the right flank pitting her up against Merritt Mathias for much of the match. The rotating combination of Mathias and Kaleigh Kurtz snuffed out Spencer’s attempt.

The Courage will finish out their two game homestand against the Utah Royals at Sahlen’s Stadium at WakeMed Soccer Park on Saturday, April 21, at 3:30 p.m. ET. Tickets to the match can be purchased by calling the box office at 919-459-8144 or online at NCCourage.com/tickets.

- Wednesday’s match marked the NWSL debut for Kaleigh Kurtz. The defender also won the Lonerider Growler of the Game for her play
- Jessica McDonald’s goal was her second of the season. Both of McDonald’s goals were game winners at home
- With the win, the Courage improved to 4W-0L-0D against Seattle Reign FC
- This is the second year in a row the NC Courage have started 4W-0L-0D
- The Courage improved to 12 W-3L-0D all-time at Sahlen’s Stadium at WakeMed Soccer Park with the victory