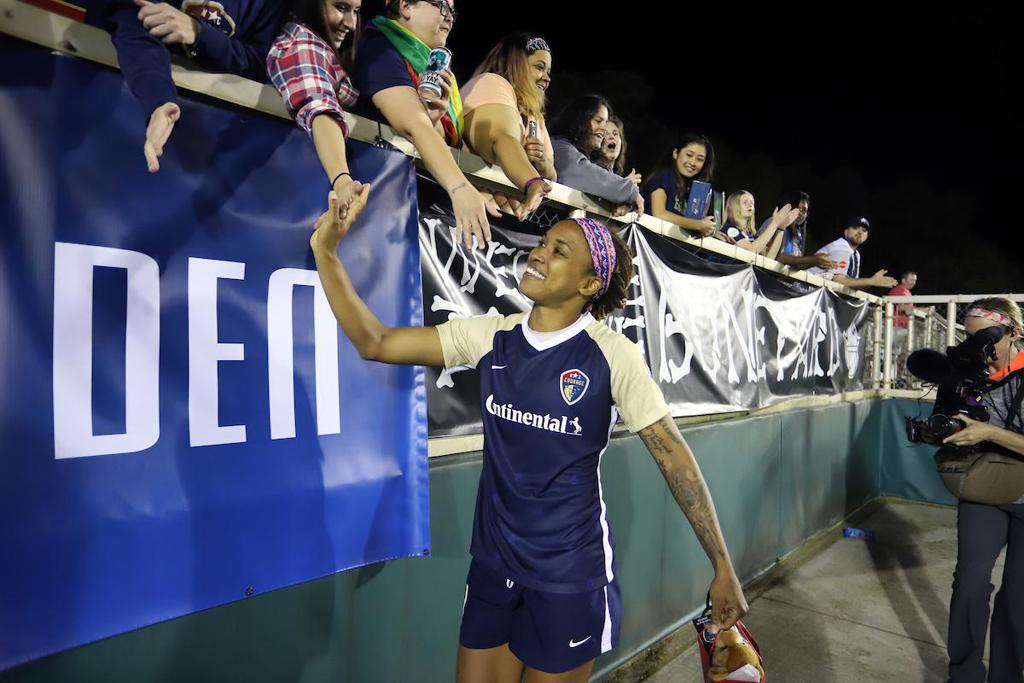 After an important win against Seattle Reign FC on Wednesday night, the North Carolina Courage (4W-0L-0D) return to action as they host Utah Royals FC (0W-1L-2D) for the first time in club history on Saturday, April 21 at 3:30 p.m. ET at Sahlen’s Stadium at WakeMed Soccer Park in the NWSL Game of the Week on Lifetime.

The Courage earned their fourth straight win earlier in the week over previously unbeaten Seattle thanks to Jessica McDonald, who scored the game-winning goal for the second time in as many home matches for the Courage.

With nothing separating the two teams despite the Courage controlling the action for much of the second half, McDonald beat Seattle goalkeeper Michelle Betos in a one-on-one situation in the 70th minute to secure the victory.

With the win, the Courage have now started consecutive seasons with four wins out of the gates.

Utah enters Saturday’s match coming off of a 1-0 loss to the Chicago Red Stars in its first ever home game after previously earning a pair of draws. The match against Chicago drew over 19,000 spectators at Rio Tinto Stadium and also marked the return of forward Amy Rodriguez, who made her first appearance for Utah, returning from an ACL tear that kept her sidelined for about a year.

Saturday’s match will be the first between the two clubs, as Utah entered the NWSL ahead of the 2018 season.

Of the top six NWSL players with the most chances created, four play for the Courage. Crystal Dunn, who trails only Chicago’s Danielle Colaprico, has created 11 chances. McDonald ranks third (eight chances created), and Jaelene Hinkle and Merritt Mathias are both tied for fourth (seven chances created).

McDonald has been in the right place at the right time, scoring two game-winning goals in the past two Courage home games. McDonald has started three of four games this season and has seen the field for a total of 247 minutes. In addition to her two goals, she’s recorded an assist, too.

The leader of Utah’s back line, Sauerbrunn captains Utah and has played the full 90 in each of its three matches. Experienced at the international level, the center back also serves as a co-captain for the U.S Women’s National Team, which she has represented 137 times since 2008.

Here’s a look at how everybody’s fared.

Brazil vs. Argentina-Thursday, April 19 at 4:45 p.m. ET-Chile
Final score: Brazil 3-0 Argentina. Debinha scored her third goal of the tournament with a strike in the 78th minute.

After starting the season with four home matches in the first five weeks of the season, the Courage will hit the road to take on the Houston Dash on Saturday, April 28, at 3:30 p.m. ET in the NWSL Game of the Week on Lifetime.