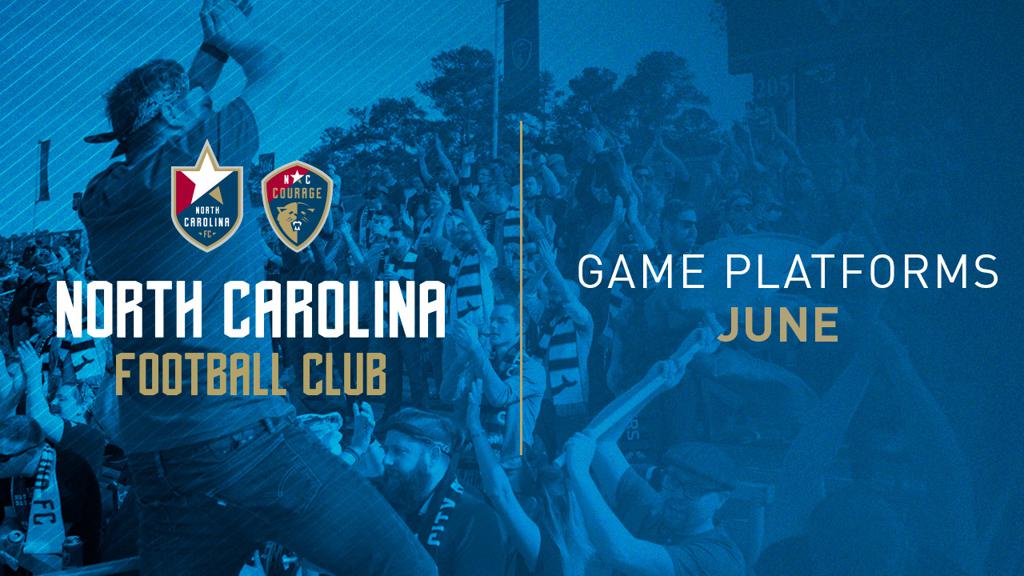 NCFC will kick off the month with three consecutive home matches. Saturday, June 2 will be Camp Out Night as young fans will get to set up camp for the night after the game. The following weekend on Saturday, June 9, the club welcomes FC Cincinnati and will celebrate the accomplishments of its boys and girls U.S. Soccer Development Academy teams as well as recognize local youth soccer players who have distinguished themselves with their leadership skills. Additionally, Miss North Carolina is slated to perform the national anthem before the match. NCFC’s match against Ottawa Fury FC on Wednesday, June 13, will celebrate Father’s Day. Specially-made “Dad” hats will be available for purchase.

Pride Week, presented by Credit Suisse, will begin on Saturday, June 16, when the Courage host Utah Royals FC. Before the game, a tailgate will be hosted by Equality NC, and pride merchandise will be available for purchase. A week later, Pride Week wraps up with NCFC’s match against Louisville City on Saturday, June 23. Equality NC will once again host a pregame tailgate and more pride merchandise will be available for purchase. For both games, fans can purchase two lower level sideline tickets and two rainbow Courage/NCFC t-shirts and scarfs for $39. Fans can also get 20% off tickets with the promo code: Pride18. More Pride Week events will be announced in the weeks leading up to the games.

Below is a list of all the upcoming June game night platforms.