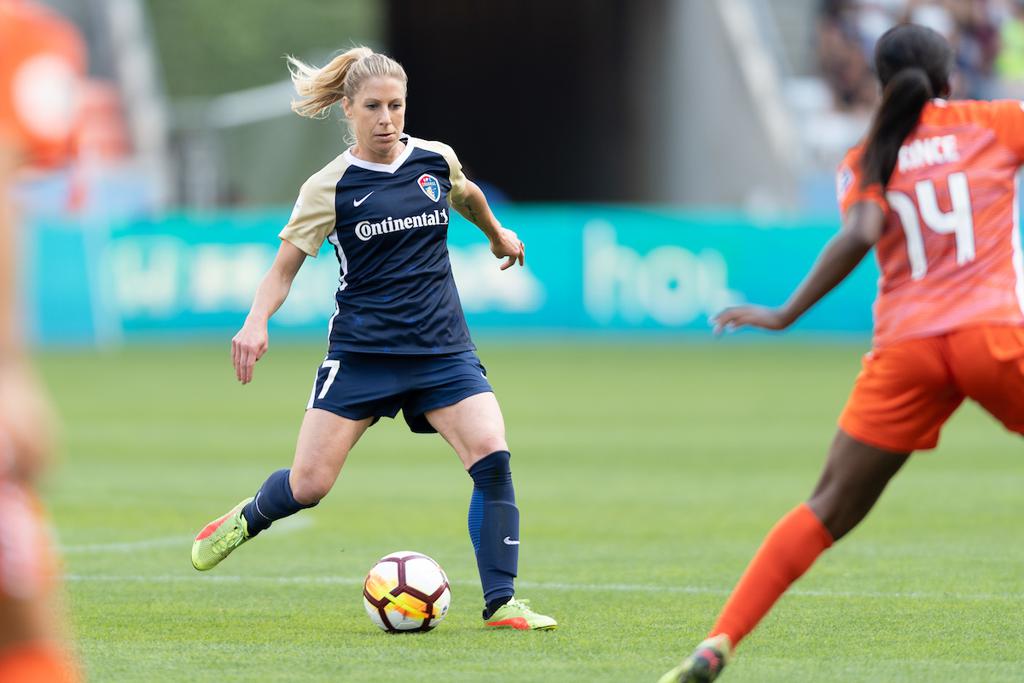 CHICAGO (May 1, 2018) – North Carolina Courage midfielder McCall Zerboni was voted the National Women’s Soccer League (NWSL) Player of the Week by the NWSL Media Association for Week 5 of the 2018 NWSL season.

Zerboni, 31, helped lead the Courage to their second consecutive road victory in a 2-0 win over the Houston Dash at BBVA Compass Stadium in Houston. North Carolina are now undefeated in six games posting a 5-0-1 record.

The Camarillo, Calif. native continues to play a key role in the attack as North Carolina received goals by Crystal Dunn and Kristen Hamilton while also contributing on the defensive end to guide the Courage to their fourth clean sheet of the 2018 season. (Watch highlights)

The U.S. international finished the match against Houston with eight tackles, an 83.6 percent passing accuracy and two chances created on 87 touches.

It is the second time Zerboni has been honored as the NWSL Player of the Week after being recognized in Week 3 and the third time a North Carolina Courage player has won the award.

The North Carolina Courage will return to action against the Chicago Red Stars on Sunday, May 6 at 3 p.m. ET at Sahlen’s Stadium at WakeMed Soccer Park in Cary, N.C.