NC Courage Show Resiliency in 1-1 Draw with Chicago Red Stars, Remain the Only Team Unbeaten in the NWSL 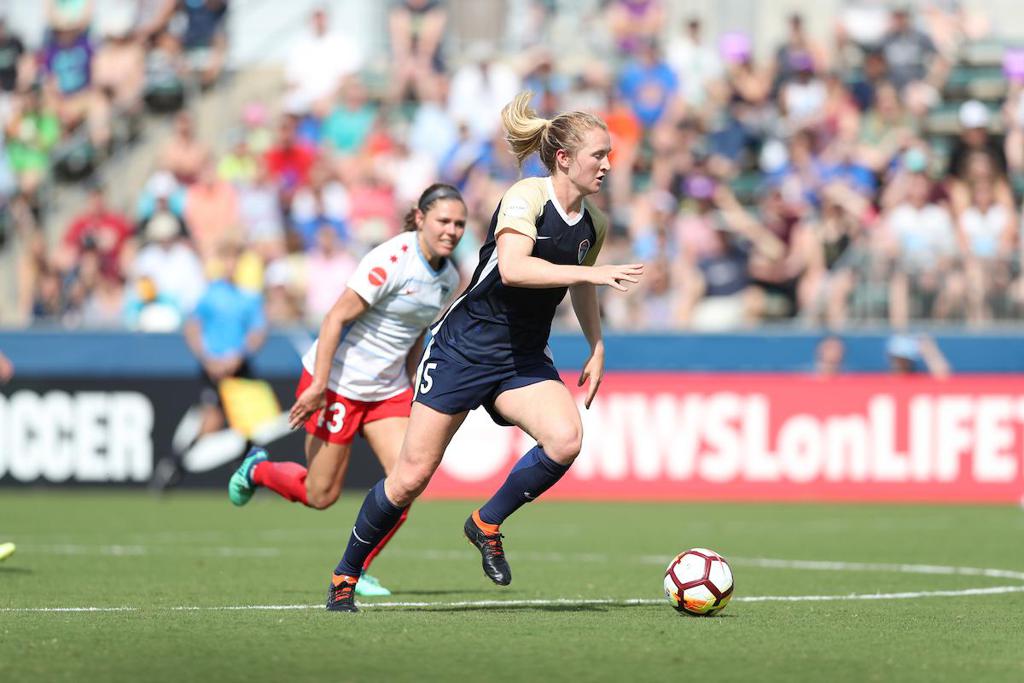 Cary, N.C. (May 6, 2018) – The North Carolina Courage overcame a second-half deficit and saw their offensive prowess eventually rewarded in a 1-1 draw against the Chicago Red Stars Sunday afternoon at Sahlen’s Stadium at WakeMed Soccer Park thanks to an 82nd minute equalizer from McCall Zerboni.

With the result, the Courage (5W-0L-2D) extended their unbeaten start to the season and remain atop the NWSL table with 17 points.

“I’m happy with the group,” Courage head coach Paul Riley said. “I thought we played really well today and just have to build from that.”

The afternoon started off well for the Courage, who frequently found themselves in attacking positions and finished with 42 shots, 15 of which were on target.

Over the course of the opening 45 minutes, the Courage had seven shots on target, six more than Chicago. Crystal Dunn nearly opened the scoring in the 16th minute but fired just high from the edge of the 18-yard box. One minute later, Zerboni nearly gave the Courage an advantage, as her on-target effort was saved by Chicago goalkeeper Alyssa Naeher just before it could cross the goal line.

In the 30th minute, Samantha Mewis’ glancing header nearly found the back of the net but rose above the crossbar.

Against the run of play, Chicago took the lead in the 38th minute thanks to Samantha Kerr, the NWSL’s reigning Golden Boot Award winner. Played in by Alyssa Mautz, Kerr pushed a low-to-the-ground effort past Courage goalkeeper Sabrina D’Angelo.

Right out of halftime, it was Dunn who once again nearly gave the Courage a goal. With the Courage on the counterattack, Lynn Williams played in Debinha, who tracked the ball down and centered it to Dunn, who was denied at point-blank range by Naeher.

In the 56th minute, Mewis nearly notched her first goal of the season, as she released a well-placed shot that was headed for the bottom left corner of the net before Naeher parried it away. Ten minutes later, Naeher saved the Red Stars again with an outstretched save of a goal-bound effort from Dunn.

But eventually, the home team broke through. On their 40th shot of the game, the Courage pulled even on Zerboni’s third goal of the season in the 82nd minute. A Jaelene Hinkle corner kick fell to Abby Erceg, whose half volley found Zerboni, who fired past Naeher. From there, the Courage were able to see the game out and earn a point.

The Courage return to Sahlen’s Stadium at WakeMed Soccer Park to face the Washington Spirit for the second time this season on Saturday, May 12, at 7 p.m. ET. In April, the Courage won 4-2 at Washington on the strength of Zerboni’s brace and goals from Dunn and Williams.

The upcoming match against Washington will be the Courage’s last at home before beginning a four-game road trip.

Clearly, Zerboni’s game-tying goal was the defining moment of the day for the Courage, who fought through the frustration of coming tantalizingly close to scoring on many occasions. Yet, D’Angelo preserved the draw by using her full body to deny Kerr in the 86th minute.

“We need to start taking advantage of these chances we’re creating. In all fairness, we have the players in front of goal. All week, they’ll get back in front of goal starting Tuesday – Lynn, Jess, Crystal, Hammy, Debinha, and we’ll get back at it.” – Courage head coach Paul Riley.

– Mewis made her first start of the season on Sunday. Mewis, who missed the first three games of the season because of a knee injury, appeared as a substitute three times prior to Sunday.

– Debinha also made her first start since returning from the Copa America Femenina, where she had three goals for Brazil. Debinha came on as a substitute in the 62nd minute in her first game back with the Courage against the Houston Dash on April 28.

– The draw marked the first time the Courage picked up a point in a regular-season match against the Red Stars. During the 2017 NWSL season, the Courage went 0W-3L-0D against Chicago during the regular season before winning 1-0 over Chicago in the semifinals of the 2017 NWSL Playoffs.