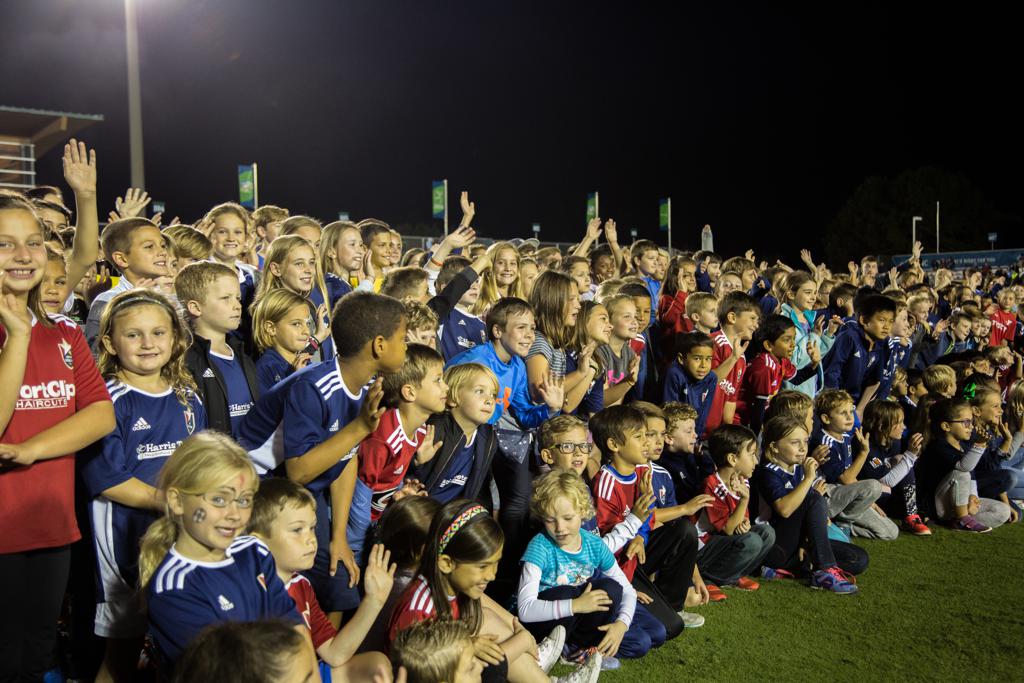 They come in packs, often with their teammates and coaches, eager to watch the professional version of the sport they love to play. Often with a ball at their side, they can be seen playing pick-up games in or around the stadium. Afterwards, many will crowd around the players’ tunnel, eager for an autograph or two.

On May 12, many soccer-loving kids from NCFC Youth will be the center of attention. During halftime of the NC Courage’s match against the Washington Spirit, hundreds of NCFC Youth soccer players will take the field at Sahlen’s Stadium at WakeMed Soccer Park to be recognized as North Carolina Football Club honors the 2018 Spring Hamilton Award winners. An additional Hamilton Night will take place later in the season at an NCFC game to honor the 2018 Fall Hamilton Award winners.

Named in honor of the late Pat B. Hamilton, a cofounder of the Raleigh Soccer League, a predecessor of the Capital Area Soccer League, the award is given to one player on each NCFC Youth team who “exhibits all qualities of sportsmanship, including a positive attitude, respect, teamwork and love of the game.”

“We place a high value on the examples our players set as they wear the NCFC Crest,” NCFC Youth CEO Gary Buete said in a statement. “No matter the age, level, or program, sportsmanship is an important part of the game, and we proudly honor our Hamilton Sportsmanship Award Winners each season. These players, chosen by their teams, represent the entire North Carolina Football Club and demonstrate the respect and good character we expect of each of our players.”

2018 Hamilton Award winners will also receive a free ticket to the Courage-Spirit match and a framed Hamilton Sportsmanship Certificate.

While working as a poultry science professor at N.C. State, Hamilton became involved with youth soccer administration in the Triangle in the 1970s. A “pioneer for youth soccer in North Carolina,” Hamilton served as CASL’s vice president and treasurer, playing a key role in the creation of the CASL/WRAL Soccer Complex. Hamilton also managed the Raleigh Vikings Soccer Club, North Carolina’s first representative at the U.S. Youth Soccer Association’s Southern Regional Tournament.

In 2007, CASL looked for a way to honor his instrumental work in the growth of youth soccer in the Triangle, and Hamilton loved the idea of an award that would promote sportsmanship and character. Since 2008, North Carolina Youth has honored Hamilton Award winners, eager to recognize youth soccer players who have displayed those qualities.