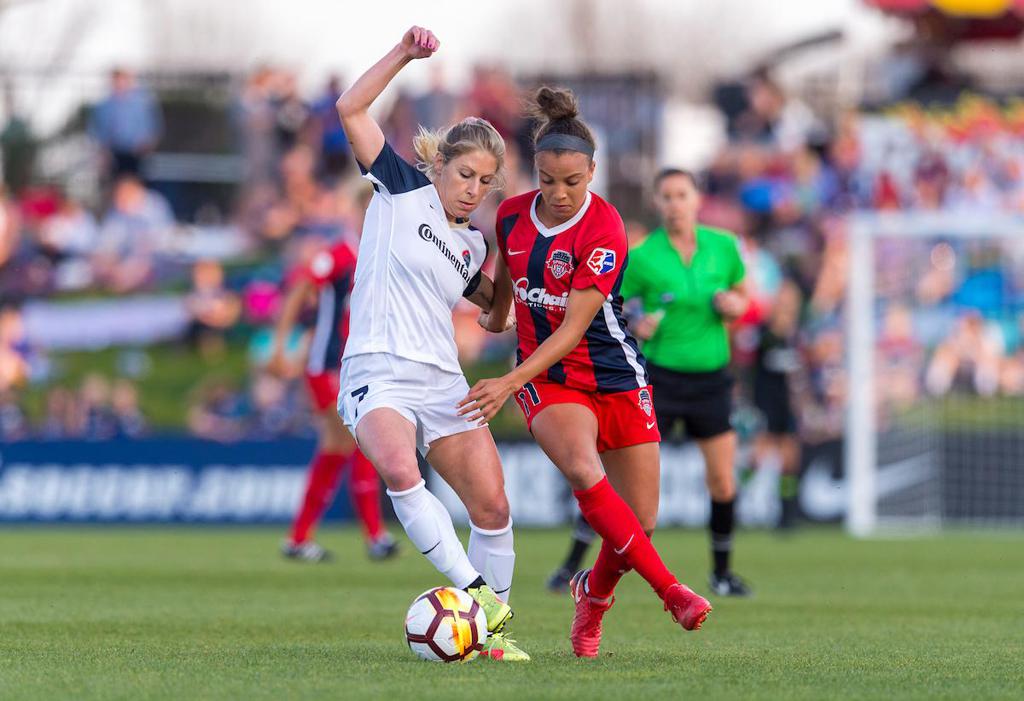 Coming off a come-from-behind 1-1 draw against the Chicago Red Stars on May 6, the Courage enter Saturday’s battle against Washington as the only unbeaten side in the NWSL and will look to duplicate the success it found in a 4-2 victory over the Spirit on April 14.

Against Chicago, the Courage registered 42 shots, 15 of which were on target, but trailed for much of the second half due to the heroics of Red Stars goalkeeper Alyssa Naeher, who made 12 saves. However, Courage midfielder McCall Zerboni extended her team’s seven-match unbeaten run with an 82nd minute equalizer, her third goal of the season.

The draw marked the second time in 2018 that the Courage rallied to earn a point after trailing in the second half, with the other comeback coming against Utah Royals FC on April 21.

Since falling to the Courage last month, Washington has collected two points in its three most recent matches, earning draws against Portland Thorns FC and the Chicago Red Stars before losing 2-0 at Royals FC on May 5. Head coach Jim Gabarra’s team currently finds itself in eighth place.

In their two-goal loss to Royals FC, the Spirit outshot Utah 12-10, but only mustered one effort on target as they were held scoreless for the first time this season. After meeting on Saturday, the Courage and the Spirit will not face each other again until July 11.

Series History:
Since relocating to Cary, the Courage are a perfect 4W-0L-0D against Washington.

Saturday, April 14, 2018 Boyds, Md. – 4-2 W (3’-Mallory Pugh, 20’-Crystal Dunn, 24’-McCall Zerboni, 48’-McCall Zerboni, 57’-Francisca Ordega, 66’-Lynn WIlliams)
After conceding the opening goal to Washington’s Mallory Pugh, the Courage answered back with Crystal Dunn’s first goal as a member of the team and took the lead just four minutes later through a McCall Zerboni free kick. Zerboni added a second goal just minutes into the second half to cap a two-goal performance, a feat that earned her NWSL Player of the Week honors. After Washington pulled within one, Lynn Williams provided the Courage with an insurance goal in the 66th minute.

Fact to Know:
Through seven games, the Courage have taken a league-leading 52 shots on target, 14 more than Portland, who’s recorded the second-most (38) in the NWSL.

Players to Watch:
North Carolina Courage – #9 Lynn Williams
The last time the Courage and Spirit met, Williams provided the fourth goal of the day for the Courage, putting a bow on an impressive offensive showing. Since then, Williams has been unable to find the back of the net but has consistently been involved in the attacking third. If the Courage can generate the same sort of chances it did the last time out against Washington, Williams could get back to her scoring ways.

Washington Spirit – #14 Francisca Ordega
The Nigeria international has gotten off to a good start this season and leads the Spirit with three goals, just one away from her 2017 total. In last month’s game against the Courage, Ordega pulled the Spirit within a goal with a 57th minute score. The Courage defense will have to keep tabs on Ordega in order to contain the Spirit.