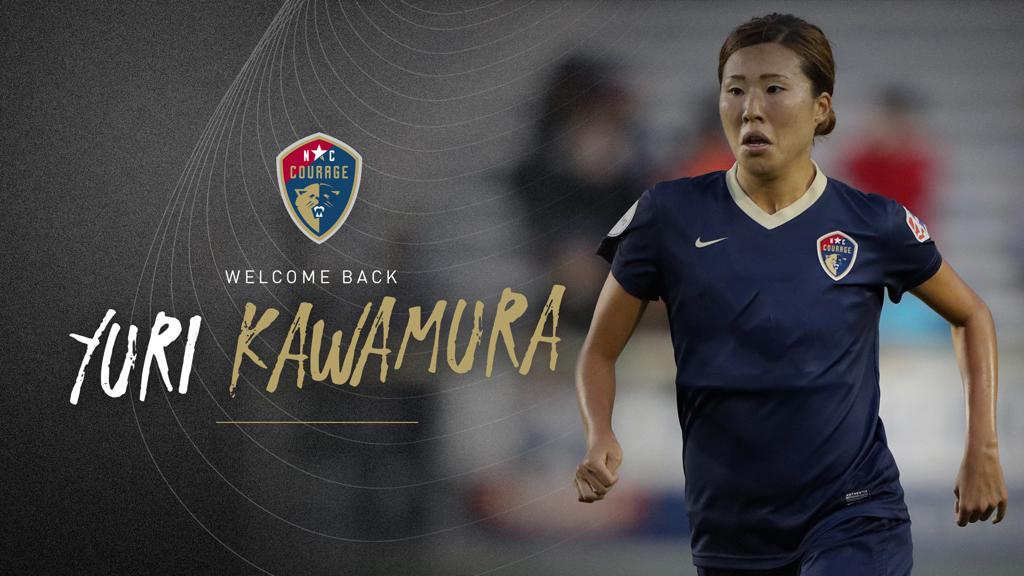 Cary, N.C. (May 31, 2018) - The North Carolina Courage has signed four players as national team replacements in advance of the match against the Houston Dash on Sunday, June 3. Defenders Morgan Reid and Ryan Williams, midfielder Sarah Teegarden and forward Frannie Crouse, will all be added to the active roster as Abby Dahlkemper, Crystal Dunn, Merritt Mathias, Samantha Mewis and McCall Zerboni (United States), as well as Denise O’Sullivan (Ireland) are away on international duty.

Additionally, the club has announced that defender Yuri Kawamura has been added to the active roster as she returns from injury. The Courage had originally placed Crouse on waivers on May 28 to make room for the Japanese international.

Kawamura suffered a season-ending injury on May 27, 2017 in the match against the Chicago Red Stars. A right ACL and meniscus tear that required surgery ended her 2017 campaign. At the start of the 2018 season, Kawamura was placed on the 45-day disabled list.

The Japanese international signed with the NC Courage on April 4, 2017 and appeared in eight games for 588 minutes before her injury. Kawamura has appeared in 32 games, starting in 23 and scoring two goals for the Japanese National Team.

Crouse, the 10th overall pick in the 2018 NWSL Draft, played collegiately at Penn State, where she scored 37 goals and assisted on 17 more in 92 games. She was signed on March 23, 2018, but has not appeared in any matches this season. She was put on waivers on May 28 to allow for Kawamura’s return, and re-signed today as a replacement player. As a Nittany Lion, Crouse was named to the 2016 All-Big Ten First Team, the 2015 Big Ten All-Tournament Team and the 2015 Women’s College Cup All-Tournament team. In her senior season, Crouse, a Greensburg, Pa., native, recorded four goals and five assists in 20 appearances, 16 of which were starts.

Reid, a defender from Duke, grew up in Cary, N.C., and helped Duke to the College Cup Final during the 2017 season. The CASL (now NCFC Youth) product was a starter for the Blue Devils from the beginning. A Cardinal Gibbons High School graduate, she started in all 26 games for Duke in 2017, helping the team to a record-breaking 18 shutouts that year. She has international experience as well as she has trained with the U-20 U.S. Women’s National Team and was a part of the U-17 National Team.

Teegarden has trained with the team since the 2018 preseason, and was previously signed as national team replacement while midfielder Debinha was on international duty with Brazil in the 2018 Copa America tournament in Chile. Teegarden started every game during her college career at Wake Forest University in Winston-Salem, N.C. The midfielder from Monrovia, Calif., played in Sweden last year for Kopparbergs Goteborg FC.

Following a 4-1 victory in Portland on Wednesday night, the NC Courage conclude its four-game road trip in Houston where it will face the Dash on Sunday, June 3 at 6:30 p.m. The team will return home following the international break to host Utah Royals FC on Saturday, June 16 at 7 p.m. For tickets and information, please visit www.NCCourage.com or call the Coastal Credit Union Box Office at 919.459.8144.