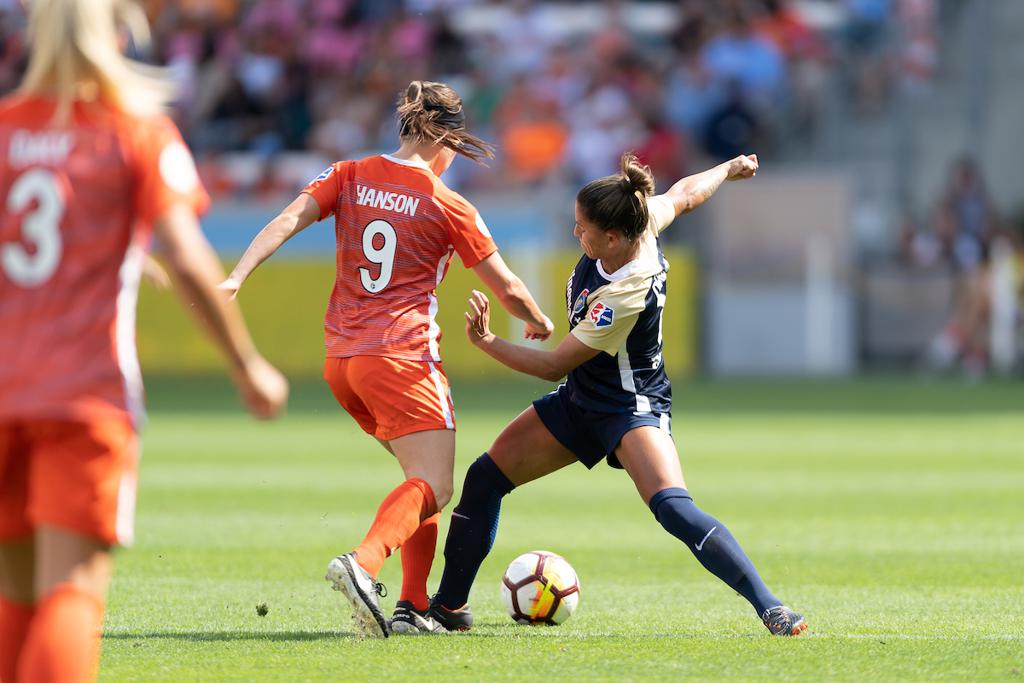 The North Carolina Courage (9W-0L-2D) round out their four-game road trip this Sunday, June 3 against the Houston Dash at BBVA Compass Stadium in their second visit to the venue this season. The match will be the Courage’s fourth road game in 16 days, and the team has already clinched nine out of a possible 12 points for this road trip.

Both teams are coming off of high-scoring wins. The Houston Dash beat the Washington Spirit 3-2 to help move them up to 5th place in the NWSL standings. The North Carolina Courage defeated the Portland Thorns in the second NWSL Championship rematch of the season, 4-1. The Houston Dash are 16 points behind the NC Courage going into what will be the 12th match of the season for both teams.

Since relocating to Cary, the Courage are 3W-0L-0D against the Dash

The Houston Dash have not scored a goal on the North Carolina Courage since the team was relocated to Cary, N.C.

Lynn Williams came out with a vengeance in the Courage’s last game against the Thorns. Williams, who was returning after missing three games due to an injury, played in multiple dangerous balls in the first few minutes of the game that nearly gave the Courage the early lead. She was then able to find the back of the net on a penalty kick in the 31st minute and again off an assist from Samantha Mewis in the 62nd minute.

Despite missing three games, Williams has taken the second most shots for the Courage this year with 32. She has scored three goals which puts her tied for the third most goals by a player in the NWSL this season. The former Golden Boot winner is a speedy threat to many defensive lines and has the ability to score multiple goals in one game.

Rachel Daly was named the NWSL Player of the Week for Week 9 after a stellar performance against Seattle. During the game she scored twice, created three chances, and had five shots on goal. She also led her team to another win in Week 9 against the Washington Spirit.

Daly has four goals on the season, tied for the second most goals in the NWSL this season. She has started all 11 games for the Dash and has played every minute of every game. Over 50 percent of her shots have been on goal. She is an offensive threat that the Courage must be on the lookout for during this match.

Coming Up Next:
The NC Courage return home on Saturday, June 16 when the host Utah Royals FC for the second time this season.