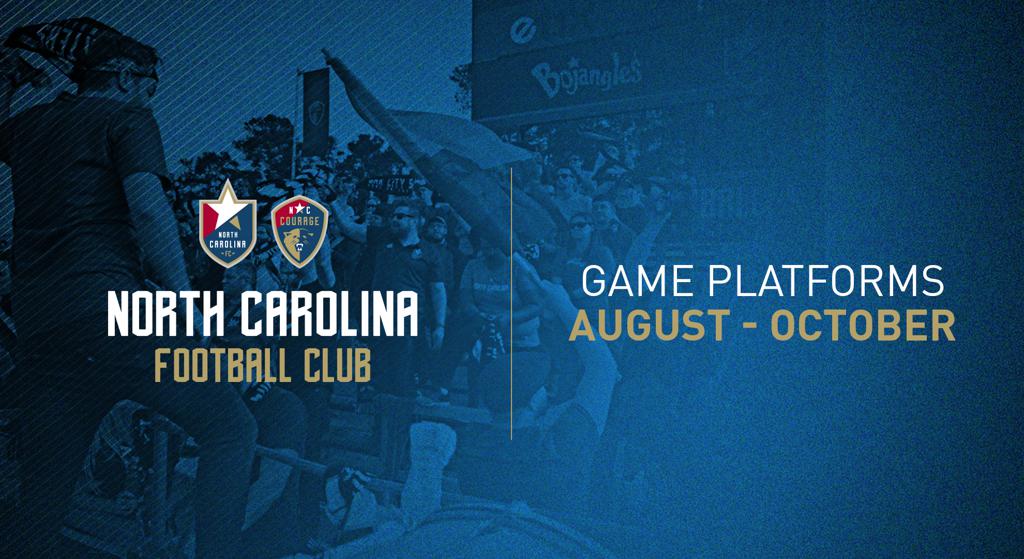 On Saturday, Aug. 4, NCFC takes on the Charleston Battery, an opponent Triangle-based soccer clubs have played since the early 1990s. The game is presented by Circle K and part of NCFC’s rivalry pack, which includes tickets to games against Charleston on July 7, Charleston on Aug. 4, and the Charlotte Independence on Aug. 25, for $45. Circle K will be giving away t-shirt jerseys to fans. A day later, the Courage host Portland Thorns FC (presented by Wake Orthopaedics) on Sunday, Aug. 5 in a rematch of the 2017 NWSL Championship game. Fans can purchase a weekend pass with lower sideline seating to both the NCFC and Courage matches on Aug. 4 and Aug. 5 for just $30.

Two weekends later, the Courage will hold Breast Cancer Awareness Night when hosting the Orlando Pride on Saturday, Aug. 18 in a match presented by Aetna. Breast cancer survivors will be recognized at halftime and Courage players will wear pink warmup tops. Group ticket rates will apply in all ticket locations when the promo code “Pink18” is used, with $2 from each ticket going to Courage player McCall Zerboni’s foundation, MZ & Emmers, which raises money for breast cancer awareness and prevention.

Sponsored by Gonza, Tacos y Tequila, NCFC will host Supporters Night/Lucha Libre Night on Saturday, Aug. 25 against the Charlotte Independence. London Bridge Pub will sponsor a pre-match top to be worn by NCFC players for warmups. In addition to a pregame supporters tailgate, supporters section season ticket members will receive a complimentary ticket and all supporters section tickets will be buy one get one free. There will also be a Lucha Libre mask giveaway.

On Saturday, Sept. 8, the first-ever professional doubleheader at Sahlen’s Stadium at WakeMed Soccer Park will take place. In the first of two games, NCFC hosts Nashville SC and will hold First Responders Night (presented by Duke Energy), while the day ends with Fan Appreciation Night as the Courage host the Houston Dash (presented by Cotton Inc.). The doubleheader will feature entertainment in between games, and an all-day used denim drive. Learn more about the doubleheader here.

NCFC closes out its regular-season home slate on October 6 against New York Red Bulls II on Fan Appreciation/Hamilton Night in a match presented by WakeMed. Hamilton Award winners from NCFC Youth will be honored at halftime, and there will be a pregame team poster giveaway.

Below is a list of all the upcoming August, September and October game night platforms. More details will follow on additional merchandise and ticket deals.