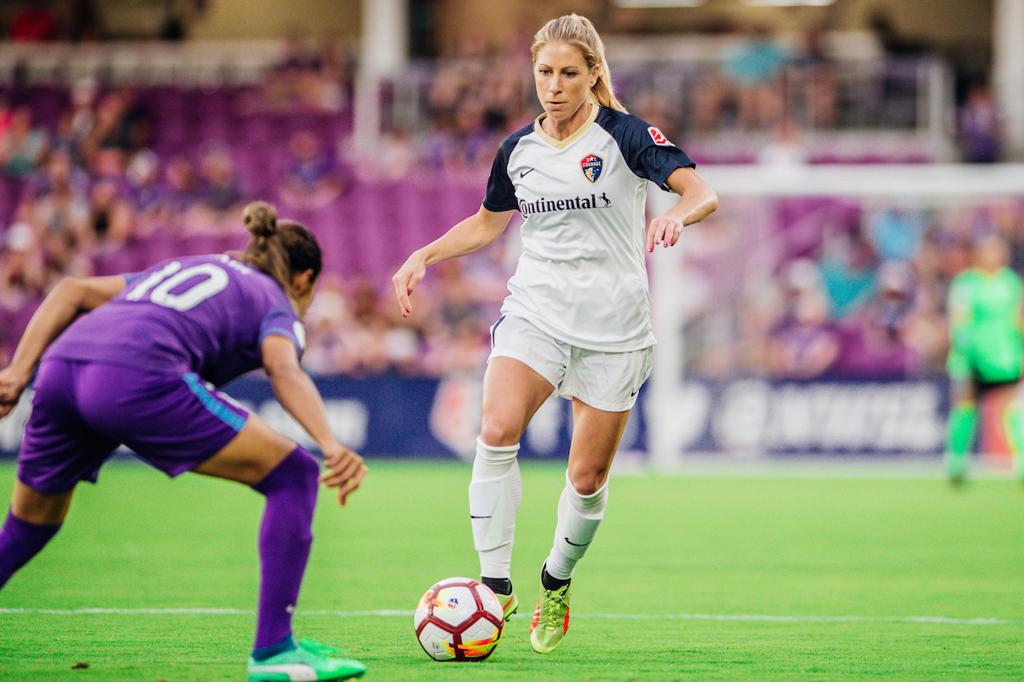 Match Preview:
The North Carolina Courage will travel to Orlando City Stadium on Saturday, June 30 for the second time this season to take on the Orlando Pride at 3:30 p.m. ET in the NWSL Game of the Week on Lifetime.

The Courage (10W-1L-3D, 1st place) are the first team to reach 10 wins during the 2018 season and lead the league with 33 points. They're also out front in goals scored with 28 on the season. The Orlando Pride follows just behind them with 21 goals.

In the previous matchup between the two teams, the Courage claimed a 4-3 win with the help of a 90th minute goal from Jessica McDonald. North Carolina’s Jaelene Hinkle sent a long ball over the Orlando defensive line to McDonald who put a high arching header into the back of the net. There were a total of seven goals in the fast-paced, back and forth match. Six of the goals came in the second half, and four of these goals came between the 52nd and 65th minutes.

The NC Courage are coming off of their fourth four-goal win of the season after defeating the Seattle Reign, 4-1. Crystal Dunn led the Courage with two goals during the match. This puts Dunn, the 2015 Golden Boot winner, in second place in the race for the 2018 Golden Boot with six goals and three assists on the season.

Since the NC Courage relocated to Cary, both teams have scored a total of 10 goals against the other in four match ups. With a history of high scoring games, this match is set to be an exhilarating NWSL Game of the Week on Lifetime.

Series History:
Since relocating to Cary, the Courage are 2W-2L-0D against Orlando.

Crystal Dunn has thrived with the North Carolina Courage this season, adding to their offensive attack. Dunn has six goals through 14 games and an additional three assists. She has played nearly every minute of the 13 games in which she has started for a total of 1129 minutes. She has taken 36 shots this season, six of which came in the Courage’s last game against the Pride.

Alanna Kennedy has played all 90 minutes of the ten games she has started this season, leading Orlando’s defensive line. The Australian defender has two goals on the season, including the NWSL Goal of the Week in Week 13. Kennedy played a long shot after just crossing midfield that sailed over the head of Washington Spirit’s goalkeeper to lead the Orlando Pride to the 1-0 victory. Kennedy also had a goal in the last match against the NC Courage.

Coming Up Next:
The Courage return home to Sahlen’s Stadium at WakeMed Soccer Park for a mid-week game against the Chicago Red Stars on Wednesday, July 4, at 7:00 p.m. ET.

On May 6, the Courage and Red Stars played a hard fought match at WakeMed Soccer Park that resulted in a 1-1 draw.