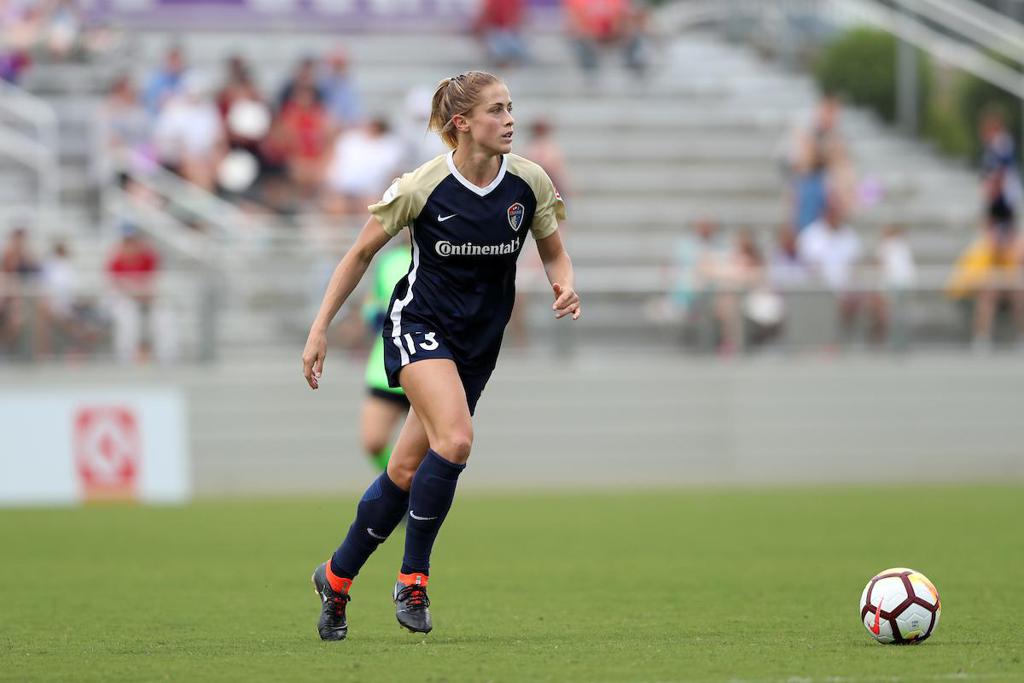 Heather O'Reilly has received her ITC and is available for selection in Wednesday's game.

After finally seeing their 12-game unbeaten run to begin the season come to an end against Utah Royals FC on June 16, the Courage responded positively with a pair of road victories, the second of which came in the form of a dominant 3-0 triumph over the Orlando Pride on Saturday.

With Katelyn Rowland in goal, the Courage kept their sixth clean sheet of the season, and blitzed Orlando offensively, scoring all three goals between the 37th and 40th minutes, as Debinha, Merritt Mathias and Jessica McDonald each found the back of the net.

With the win, the Courage improved to 7W-0L-1D in the road, and the team is now averaging three goals per game in matches played away from Cary.

On Wednesday, the Courage will face a Red Stars team that has been in good form recently. Coming off a pair of 2-0 wins against Utah Royals FC and Washington Spirit, Chicago is unbeaten in its four latest matches, last losing on May 26 against Orlando.

Since relocating to Cary, the Courage are 1W-3L-1D against Chicago.

Sunday, May 6, 2018, Cary, N.C. – 1-1 D (37’-Samantha Kerr, 82’-McCall Zerboni)
Despite constantly being on the attack, the Courage trailed Chicago late in the second half until midfielder McCall Zerboni notched her third goal of the season in the 82nd minute off a Jaelene Hinkle corner kick, as the team extended its unbeaten streak to start the season.

Through 15 matches, the Courage have recorded 108 shots on goal, 26 more than Seattle (82), the next closest team.

North Carolina Courage – #10 Debinha
Lively in the midfield, Debinha played a key role in the Courage’s impressive offensive showing down in Orlando. Her goal, which opened up the scoring for the Courage, came from pure determination. After a clever one-two with Crystal Dunn, the Brazilian international momentarily lost control of the ball in the 18-yard box before firing a shot while off balance and falling backwards. Nonetheless, her effort found the back of the net (her fourth goal of the season), and later on she assisted on Mathias’ goal. Against Chicago, a similarly prolific performance from Debinha would go a long way in helping the Courage earn a good result.

Chicago Red Stars – #20 Samantha Kerr
The reigning NWSL Golden Boot winner and league MVP, Kerr is always dangerous in attacking positions for the Red Stars. The Australian international’s five goals are tied for the fourth most in the NWSL, one of which came in Chicago’s 1-1 draw against the Courage in May. Easier said than done, the Courage must find a way to contain Kerr if they hope to keep Chicago scoreless.