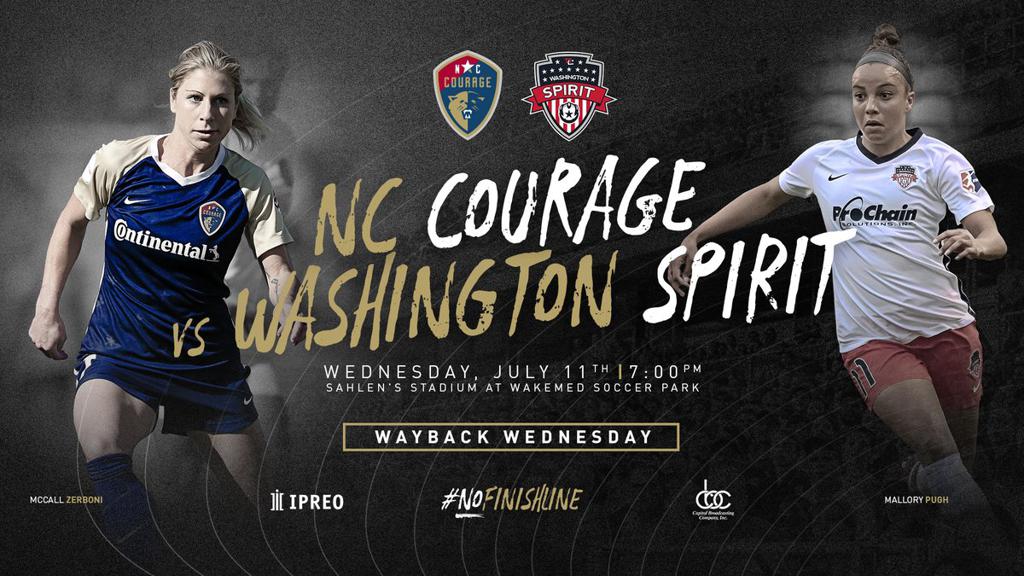 The Courage are coming off of a dominant 4-1 victory against the Chicago Red Stars in which four different Courage players found the back of the net. Crystal Dunn scored the first goal of the game in the 20th minute thanks to an assist from Jessica McDonald. Debinha, Lynn Williams, and Kristen Hamilton all added a goal in the second half before Chicago scored a goal in added time via a penalty kick.

Dunn has now scored seven goals through 16 games and sits tied for second place in the race for the Golden Boot. Sam Kerr of Chicago has scored eight goals on the season, making her the only player to have scored more than Dunn. The UNC – Chapel Hill product, in her first season with the Courage, also has four assists.

On Wednesday, the Courage will face the Washington Spirit for the final time this regular season. After a 4-2 win in the first meeting between the two teams, the second matchup was a much closer affair, as the Courage pulled off the 1-0 victory with a goal by Abby Erceg in the 63rd minute.

Last time out, the Spirit lost to the Orlando Pride 2-1 in a tightly contested match on Saturday, July 7.  Orlando’s Marta sent a ball over the head of Washington’s goalkeeper, Audrey Bledsoe, in the 86th minute to secure the victory for Orlando.

Since relocating to Cary, the Courage are 5W-0L-0D against Washington.

North Carolina Courage – #9 Lynn Williams
Williams, the 2016 NWSL MVP and Golden Boot winner, has been causing problems for opponents as of late. In the past three matches, Williams has scored twice and provided three assists, playing key role in the Courage’s prolific offensive attack. Last time out against Chicago, Williams’ curler from the middle of the area doubled her team’s lead in the 67th minute, kickstarting a 20-minute stretch in which the Courage scored three goals. Her recent form suggests Williams could cause problems for the Spirit’s back line.

Washington Spirit – #14 Francisca Ordega
Ordega has scored three of the Spirit’s goals this season, factoring heavily in their offensive attack. Ordega has played in 14 games, starting 11. She has taken 20 shots this season, eight of which have been on goal. In the match against the Courage on April 14th, Ordega scored Washington’s second goal of the game.

The Courage will have a quick turnaround as they travel to New Jersey to face Sky Blue FC on Saturday, July 14 at 7 p.m.
This will be the third and final meeting between the teams.