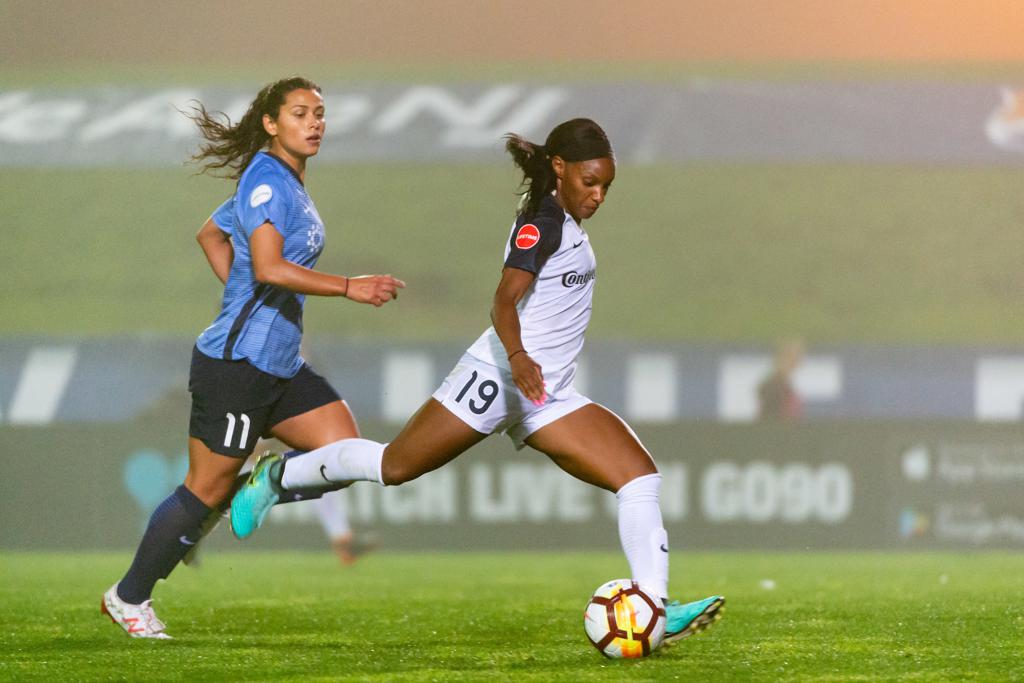 The 2017 NWSL shield winners are on a four-game win streak, outscoring their opponents 13-2 in the span. Debinha has scored three goals during this time. Crystal Dunn, Lynn Williams, Merritt Mathias, and Jessica McDonald have two goals each during the streak.

Most recently, the NC Courage defeated the Washington Spirit 2-0 at home on Wednesday night. The first goal of the game came from Debinha in the 12th minute. Lynn Williams dribbled the ball to the end line before crossing it back into the box, connecting with Debinha. The second goal of the game came in the 60th minute when McDonald received a ball from Dunn, cut it back to her left foot, and sent a ball into the upper left corner of the net. Katelyn Rowland had four saves during the match, earning her a third clean sheet on the season.

With their 13th win of the season, the Courage lead the league with 42 points. The Seattle Reign sit in second place, trailing the NC Courage by 13 points. The Courage continue to add to the goal count with a total of 37, scoring nearly as many goals as they have points on the 2018 season.

On Saturday, the Courage will face Sky Blue FC for the third time this season. The North Carolina Courage have been victorious in the first two meetings between the two teams on March 31 at home and on May 19 in New Jersey. In the first game, Jessica McDonald scored in the 90th minute to secure the 1-0 victory for the Courage. In the second match, Carli Lloyd sent a ball off of a free kick into the back of the net in the last second of stoppage time, but the goal was not enough for Sky Blue to earn three points.

Sky Blue FC are still looking for their first win of the season. In their most recent match, they fell to Chicago, 3-1. Imani Dorsey scored her first NWSL career goal in the match for Sky Blue.

Fact to Know:
There is a 39-point difference between the two teams. The Courage sit at the top of the league standings with 42 points, while Sky Blue sits at the bottom of the league with three points. This differential is chasing an NWSL record.

Players to Watch:
North Carolina Courage – #10 Debinha
Debinha keeps finding the back of the net, scoring three goals in the Courage’s past three games. The Brazilian has six goals on the season which puts her just two goals out from Sam Kerr who leads the race for the 2018 Golden Boot. Debinha scored the first goal of the 2018 season for the NC Courage on March 24 against the Portland Thorns and has not looked back since. She has also added an assist to her resume this season.

Sky Blue FC – #28 Imani Dorsey
Dorsey, who was picked fifth overall in the 2018 NWSL draft, has brought new energy to Sky Blue FC since her first match with the team on June 8. She has started five games and played at least 70 minutes in each of the five matches. She scored her first ever NWSL career goal in Sky Blue’s most recent match against Chicago. She has taken nine shots this season and 78% of her shots have been on goal. Dorsey will be a new face and new challenge for the NC Courage.