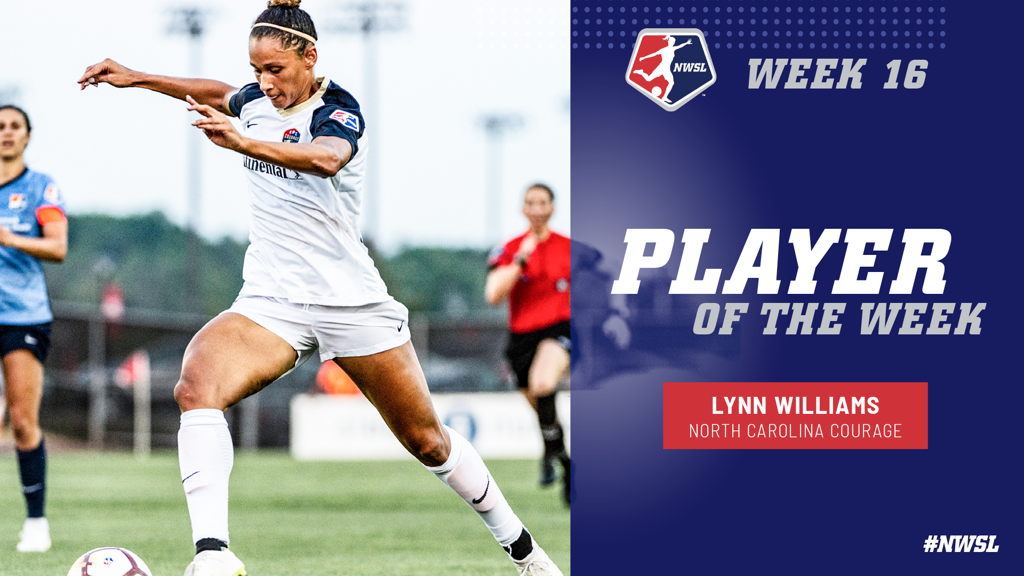 Williams, 25, helped the Courage become the first club to secure a spot in the 2018 NWSL Playoffs with a 2-0 victory against the Washington Spirit on Wednesday at Sahlen’s Stadium and a 4-0 win over Sky Blue FC on Saturday at Yurcak Field. North Carolina sits first in the league standings with 45 points (14-1-3 record), while Williams is ranked second in the league with eight goals on the season.

The Fresno, Calif., native registered the first hat trick of her career becoming just the eleventh player in league history to do so with a stellar performance against Sky Blue FC on Saturday night. She scored her first goal of the night in the 56th minute, finishing a pass from forward Kristen Hamilton into the roof of the open net for a 2-0 advantage. (Watch highlights)

In the 72nd minute, Debinha played a perfectly weighted ball over the top for Williams who demonstrated her one-on-one skills beating Sky Blue FC goalkeeper Kailen Sheridan with a low shot inside the near post.

The U.S. international capped off the night in the 89th minute as she took advantage of a back pass to Sheridan, dispossessing her and slotting the ball into the near post for the final 4-0 score.

Williams played all 180 minutes over two games and finished with 21 shots, eight shots on goal and two chances created on 91 touches, according to Opta.

It is the second time Williams has been honored as the NWSL Player of the Week and the sixth time a member of Courage has won the award.