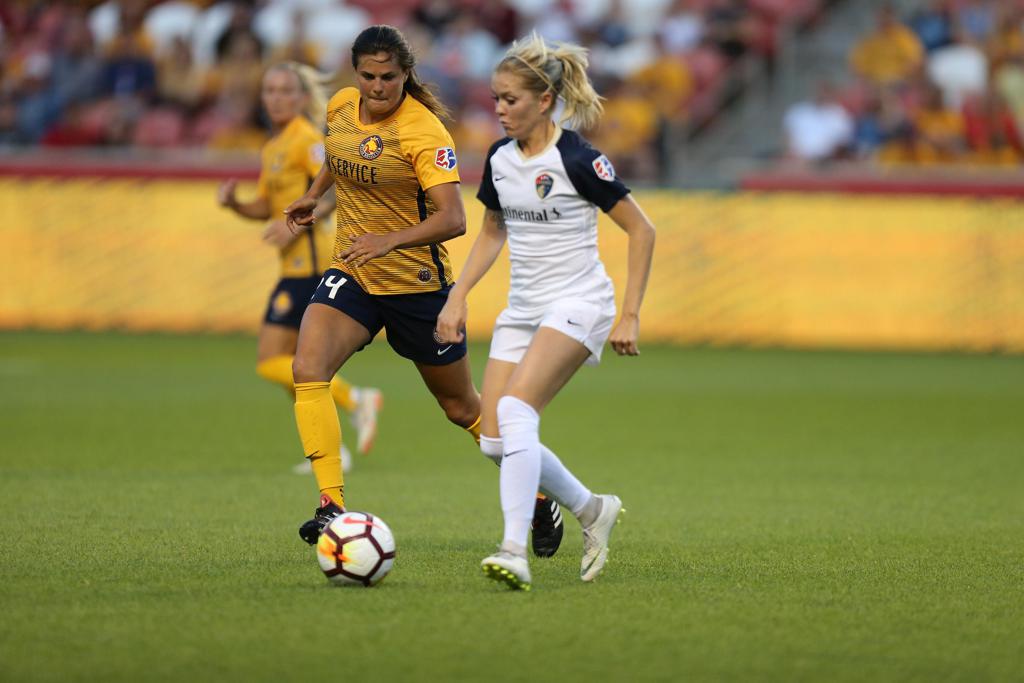 With the result, the Courage move one point closer to clinching home-field advantage in the NWSL Playoffs and the NWSL Shield.

Even with missing six starters on international duty with the United States Women's National Team, the Courage dominated the game in their usual style.

Led by Lynn Williams in attack, the Courage rattled off eight shots, while limiting Utah to just one shot in the opening 45 minutes.

Abby Erceg had the best chance of the first half in the fifth minute when she placed a header on target. After measuring up a cross from Debinha, Erceg’s powerful shot forced a diving, reaction save from Utah goalkeeper Nicole Barnhart.

From there, the Courage would put relentless pressure on the Utah backline, as the multi-faceted attack fired shot after shot towards the Utah goal. However, an organized performance from the home side kept the Courage without a goal heading into halftime.

North Carolina quickly resumed its attack-minded play after the restart. In the 53rd minute, Kristen Hamilton blasted a shot on goal, but once again, Barnhart was in the right place to make the save.

After soaking up the pressure for most of the match, Utah managed to make a run of their own toward goal, but other than a flurry of corner kicks and four second-half shots, the home side wouldn’t come close to finding the back of the net.

In the closing minutes of the match, a furious Courage rally was once again held back by the Royals. Williams was the catalyst for the attack, as she flew down the field into what looked like a one-on-one opportunity on goal. However, a last-minute sliding challenge from Royals FC defender Rachel Corsie sent Williams’ shot out of play.

On the ensuing corner kick, the ball floated around the area, but the Courage couldn’t get a clean shot on goal, and the Utah defense turned away the danger one last time to escape with a draw.

Carlin Hudson, Morgan Reid, Sarah Teegarden and Ryan Williams were signed to National Team Replacement contracts and all appeared on the bench for the Courage.

Utah has held the Courage scoreless for the second time this season. The Royals are the only team in the NWSL to accomplish the feat in 2018.

Up Next:
The NC Courage will shift their focus to the first-ever Women’s International Champions Cup in Miami. North Carolina will face Paris Saint Germain on Thursday, July 26 in the semifinals before advancing to play either Manchester City FC or Olympique Lyonnais.