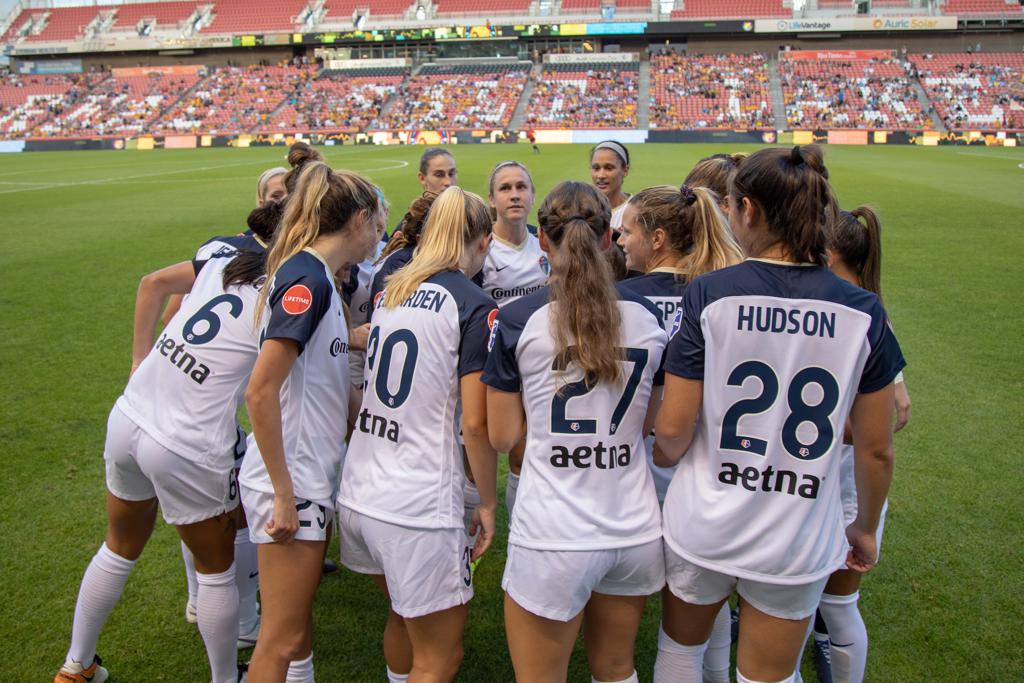 The roster, which features many of head coach Paul Riley’s regulars, also includes two amateur players as well as four players recently signed as national team replacements by the club.

The Courage open the competition on Thursday, July 26 against Paris Saint-Germain at 6:15 p.m. ET. On July 29, the team will face either Manchester City or Olympique Lyonnais in either the championship game or the third-place match at a time to be determined.

Tori Hansen, a defender on the NC Courage’s U-19 academy team, will have the opportunity to train and play alongside and against some of the world’s top players, as will midfielder Julia Aronov, a member of FC Fury’s (N.Y.) U-16/17 team and a Rutgers University commit.

Hansen, a Raleigh native and Wakefield High School student committed to play collegiately at the University of North Carolina, has been a prominent member of the inaugural U.S. Soccer Girls' Development Academy's NC Courage Academy team. Hansen recently trained with the U.S. Under-17 Women’s National Team from July 12-22 in Kansas City, and was named to the inaugural Girls' DA East Conference Best XI team.

The inclusion of Hansen and Aronov serves as the latest example of the club’s emphasis on youth development and growing the sport at all levels.

Additionally, the roster will feature Jaelene Hinkle who returns to the club after training with the U.S. Women’s National Team.

The trio of defenders Carlin Hudson, Morgan Reid and Ryan Williams and midfielder Sarah Teegarden, each of whom  have been training with the club all season and signed national team replacement contracts with the Courage last week, are also included among the list of players who will participate in the sport’s premier exhibition tournament.

Additionally, a plethora of familiar faces and established superstars make up the bulk of the squad that’s set to take on some of the world’s top clubs.

Forwards Lynn Williams and Jessica McDonald, who have combined for 14 goals this season, lead the Courage attack. Republic of Ireland international Denise O’Sullivan and former USWNT standout Heather O’Reilly will help anchor the midfield, while Hinkle, alongside center backs Abby Erceg and Kaleigh Kurtz look to lead a Courage defense that has worked with goalkeepers Katelyn Rowland and Sabrina D’Angelo to produce eight shutouts in 2018.

The full roster can be viewed below: