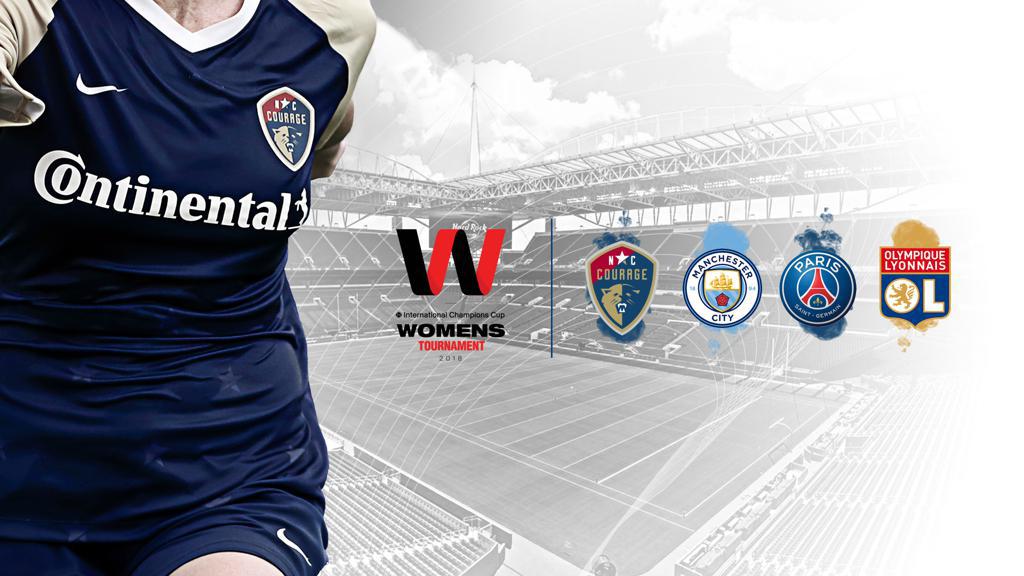 The North Carolina Courage will travel to Miami for the first-ever Women’s International Champions Cup, which runs from July 26-29 with matches played at Hard Rock Stadium. The tournament is bringing some of the best teams in the world to U.S. soil as Manchester City, Paris St. Germain and Olympique Lyonnais all compete for the Women’s ICC crown.

Here are a few things to know about the Courage’s competition:

Manchester City Women’s Football Club are the 2016 champions of the FA Women’s Super League, the highest league of women’s football in England. The team is made up of players from countries across Europe, including England, France, Denmark, Belgium, Ireland, and Scotland. Manchester City has been dominant in the league as of late. They finished runner-up in the 2015-16 and 2017-18 seasons. They play against teams such as Chelsea, Arsenal and Liverpool in the FA Women’s Super League.

After a successful six-year stint with Liverpool, Emma Bonner was traded to Manchester W.F.C. last month. She won two FA Women’s Super League championships while with Liverpool. The English defender brings an abundant amount of knowledge and international team experience to Manchester. The ICC will be Bonner’s first chance to make an impact with her new team.

Paris St. Germain play in the Division 1 Féminine, the highest level of French football for women. During the 2017-2018 season, they won the Coupe de France Féminine. They were also runner-ups in Division 1 Féminine to Olympique Lyonnais. Kadidatou Diani led PSG last year, playing 1,791 minutes during her first season with the team.

Marie Laure Delie currently holds Paris St. Germain’s record for all time goals scored with 131 goals. The striker is a member of France’s national football team, making appearances with the team since 2009. She will have her eye on the goal as she takes on the NC Courage in the first round of the tournament.

Olympique Lyonnais is the most successful team in Division 1 Féminine history with 14 league titles. They have also won five Women’s UEFA Champions League titles and nine Coupe de France Féminine trophies. They are the defending champions of their league, having won 12 consecutive years. Because United States national team players Alex Morgan and Morgan Brian have both played a season with the team in Lyon, many Americans have become more familiar with the team in recent years.

Hegerberg has been a member of the Olympique Lyonnais team since 2014, helping lead them to one championship after another. During the 2017-2018 season, she scored 53 goals in 33 matches. This is just one goal short of her 34 goals personal record in 2015-2016.