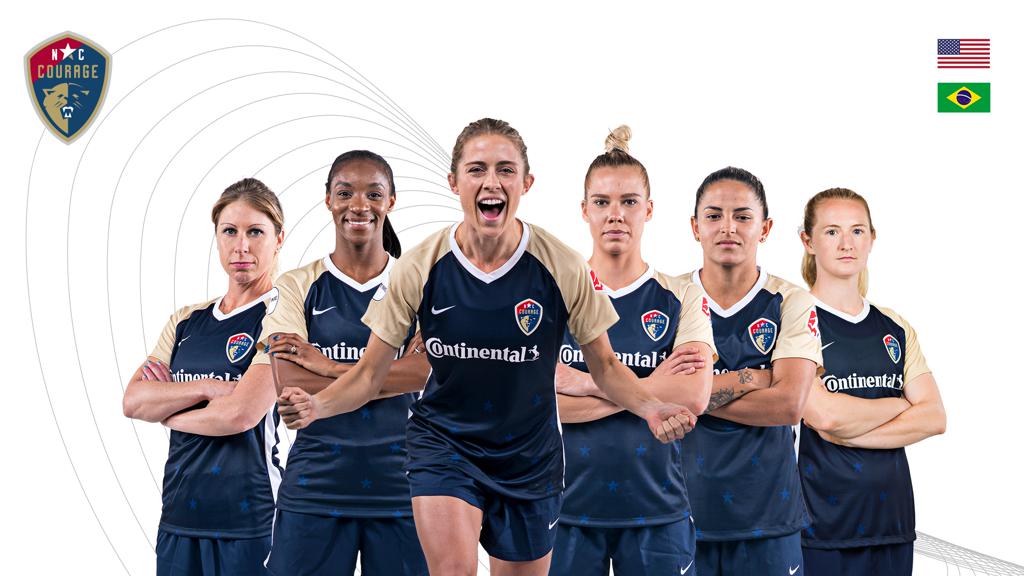 Six North Carolina Courage players have joined  their respective national teams for the 2018 Tournament of Nations.

ToN Game 1 – USA vs. Japan –  Thursday, July 26, on FS1 at 7 p.m. ET – Children’s Mercy Park; Kansas City, Kan.
Result: U.S. 4-2 Japan
Of note: Crystal Dunn started at left back and Abby Dahlkemper was included in coach Jill Ellis’ starting XI at center back as the U.S. opened up the 2018 Tournament of Nations with an exciting 4-2 victory over Japan. McCall Zerboni made her third appearance with the USWNT when she came on as the team’s first substitute directly out of the halftime break. Fellow Courage midfielder Samantha Mewis also entered the game in the 74th minute. Right back Merritt Mathias was an unused sub.

ToN Game 2 – USA vs. Australia – Sunday, July 29, on FS1 at 7 p.m. ET – Pratt & Whitney Stadium at Rentschler Field; East Hartford, Conn.
Result: U.S. 1-1 Australia
Of note: For the second time in as many games, Abby Dahlkemper, at center back, and Crystal Dunn, at left back, started for coach Jill Ellis' squad, as the Americans fought back to draw 1-1 against Australia through a 90th goal by Lindsey Horan. Midfielder McCall Zerboni once again was called upon as a second-half substitute, while Merritt Mathias and Samantha Mewis each were unused substitutes.

ToN Game 3- USA vs. Brazil - Thursday, August 2, on FS1 at 8:30 p.m ET - Toyota Park; Bridgeview, Ill.
Result: U.S. 4-1 Brazil
Of Note: Crystal Dunn started at left back for the third time in as many games, and McCall Zerboni and Abby Dahlkemper each came on as substitutes as the U.S. national team won the 2018 Tournament of Nations by defeating Brazil 4-1 Thursday night. After Australia's 2-0 victory over Japan earlier in the day, the U.S. entered its final game of the competition needing to win by two goals or more in order to be crowned champions. Although they fell behind early, the Americans turned a 1-1 halftime scoreline into a three-goal victory with three scores in a 24-minute span in the second half.

Dunn, playing in a more defensive role compared to the one she plays with the Courage, nearly scored anyway in the 22nd minute but saw her right-footed volley rise just above the crossbar. A favorite of coach Jill Ellis off the bench, McCall Zerboni entered as a second-half substitute for a third time in the tournament, and Dahlkemper replaced Dunn, one of her Courage teammates, in the 88th minute. Merritt Mathias and Samantha Mewis were each named to the USWNT bench.

ToN Game 2 – Brazil vs. Japan – Sunday, July 29, on FS1 at 4:15 p.m. ET – Pratt & Whitney Stadium at Rentschler Field; East Hartford, Conn.
Result: Brazil 2-1 Japan
Of note:  Debinha earn her 60th cap in a Brazil shirt, as the Brazilians bounced back from a tournament-opening loss to Australia with a 2-1 victory over Japan. Debinha started the match and played 74 minutes, registering one shot on target.

ToN Game 3- Brazil vs. USA - Thursday, August 2, on FS1 at 8:30 p.m ET - Toyota Park; Bridgeview, Ill
Result: Brazil 1-4 U.S.
Of Note: Debinha is used to attacking the same goal with Crystal Dunn, Abby Dahlkemper and McCall Zerboni. On Thursday night, however, the Brazilian midfielder was an opponent of her club teammates, and her team looked intent on preventing the USWNT from claiming the Tournament of Nations title. With Debinha factoring heavily in the Brazil attack, Brazil took an early 1-0 lead through an own goal by the USWNT's Tierna Davidson. Already ahead, Brazil almost doubled its advantage in the 27th minute when Debinha had a breakaway and nearly slotted her shot past USWNT goalkeeper  Alyssa Naeher. Debinha played 78 minutes before she was replaced by Millene.