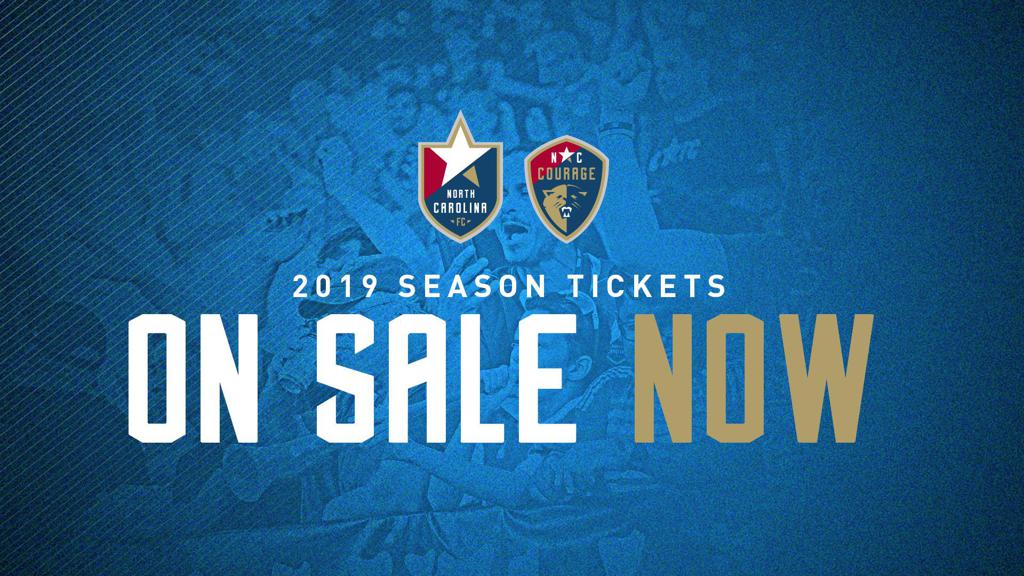 CARY, N.C. (August 3, 2018) – The North Carolina Football Club announced today that season tickets for the NC Courage and North Carolina FC’s 2019 seasons are on sale now through the club’s ticket website and the Coastal Credit Union Box Office or by phone at 919.459.8144.

The club is also introducing a new “Carry Over” season ticket option for the Tower seating (located above the West Concourse Suites in the 500 sections), in which the value of any unused tickets can be rolled into a 2020 season ticket package.
2019 season tickets are also on sale to the general public and once again the club is offering several benefits to becoming a member.  Below are just a few of the season ticket member benefits.

North Carolina FC hosts the Charleston Battery in a Southern Derby rivalry match this Saturday, August 4 at 7 p.m. while the NC Courage, fresh off their Women’s International Champions Cup victory last weekend, welcomes the Portland Thorns FC at 6 p.m. on Sunday August 5. Both games are at Sahlen’s Stadium at WakeMed Soccer Park and fans are encouraged to visit NorthCarolinaFC.com and NCCourage.com or call the Coastal Credit Union Box Office at 919.459.8144, for tickets and more information about the 2019 season ticket packages.